Posted on February 26, 2017 by ianandjanesadventurebeforedementia

After an early morning 15 mile  cycle ride along the coast, starting  just outside the campsite, we set off to meet up with our friends from the health club, Mike and Wendy Powell, for lunch.  The initial plan had been to meet them at their house, however when I read the address and saw ALMERIA in bold,  I assumed that was the city close to where they lived. Never assume , as this turned out to be the Province and not the city, and we had set up camp about 2 hours drive away from their town !

Mike suggested a small hill town that he knew called Nijar,which was about 1/2 way (although I think they had the longer 1/2) 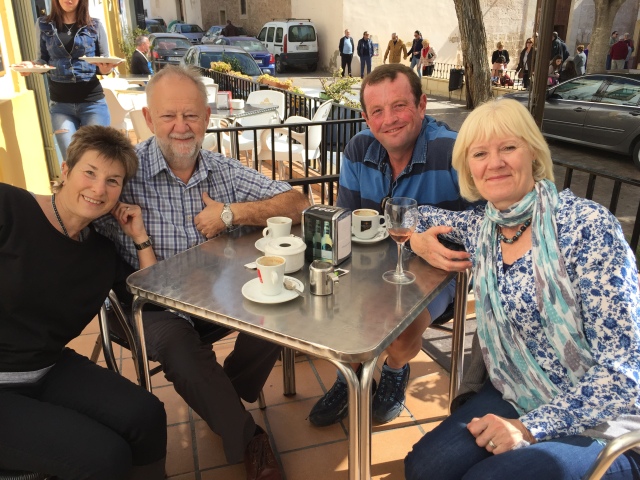 Only Jane with the wine then !

We had a lovely leisurely lunch, it was great having a catch up, and getting  Mike and Wendy’s advice on some of the local customs. 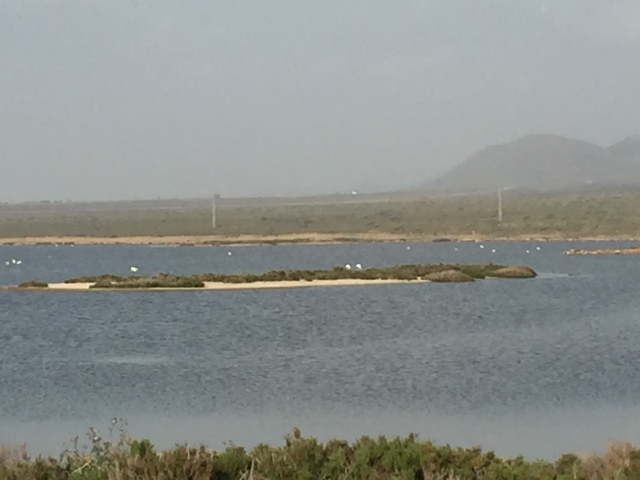 One tip he gave us was to drive back along the coast and stop at the bird sanctuary, however I was not very impressed with the flamingo dancing, they were too far away and you couldn’t see the finer moves !

The drive was great though, and thanks to Mike we have got a few ideas for our next destination, Granada and the Alhambra.