Posted on March 10, 2017 by ianandjanesadventurebeforedementia

Jane was in need of a new top or two, as she had under estimated how warm the weather is was going to be, so a day trip to the nearest M&S was organised ! 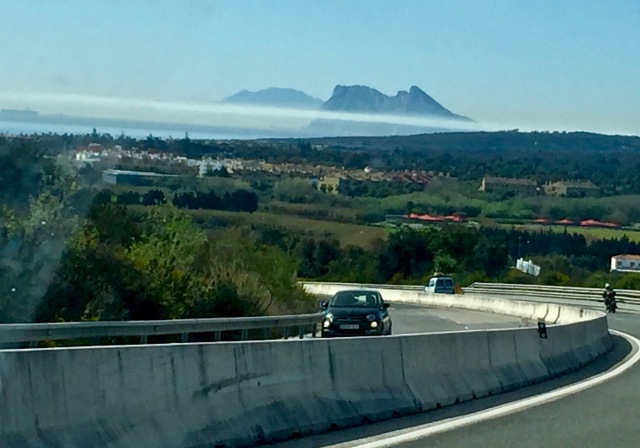 So whilst we were there, it seemed a good idea to have a  look around and do a bit of site seeing. The sun was shining which always adds to the day ! 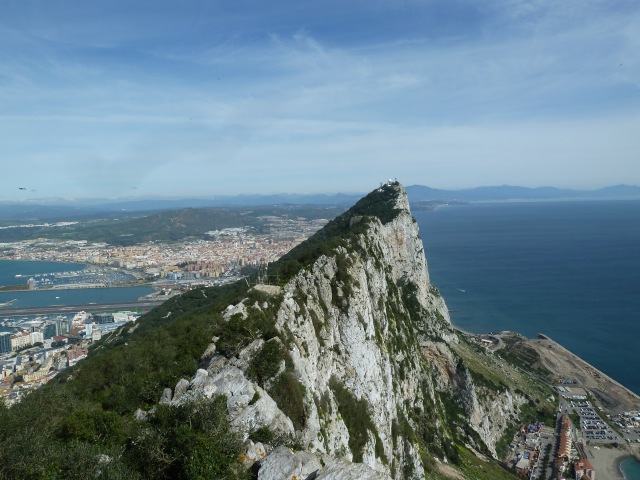 We booked a trip to the top of the rock by cable car, with stunning views all around .

The top of the rock is a nature reserve, and it was great but tiring having a walk around. We covered about 6 miles mostly down hill, but there was a very long up hill stretch to see the huge guns that covered the straits. 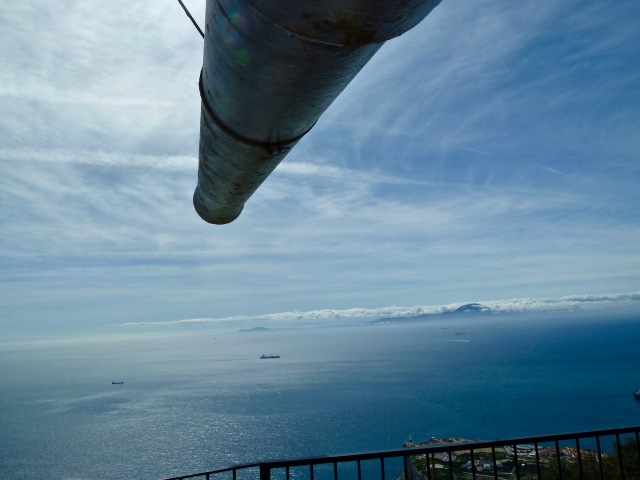 The Straits of Gibraltar

On a clear day such as this, you can see the north coast of Morocco in the distance. 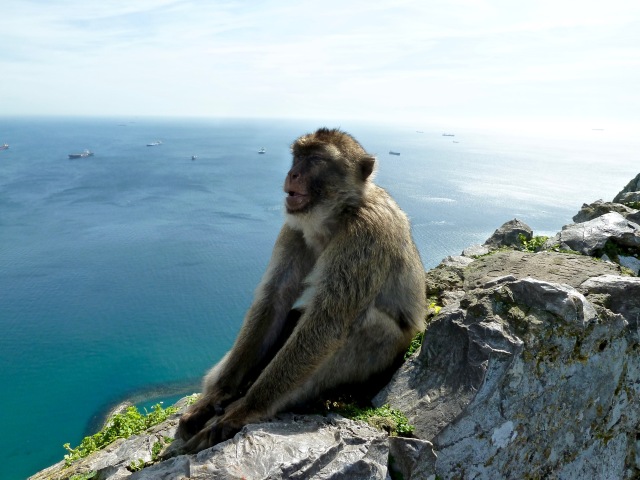 There were plenty of apes around, who appeared calm and lethargic until a paper bag or food was visible, then like a flash, they had grabbed the offending article and they were off! 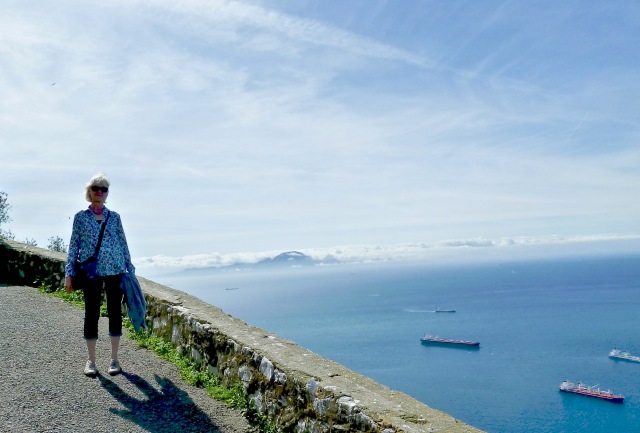 Tangiers in the distance

I was amazed at how quiet the maze of roads that clung to the side the rock were, but when a car or taxi did come along, you did have to move quickly as they didn’t slow down for anything ! 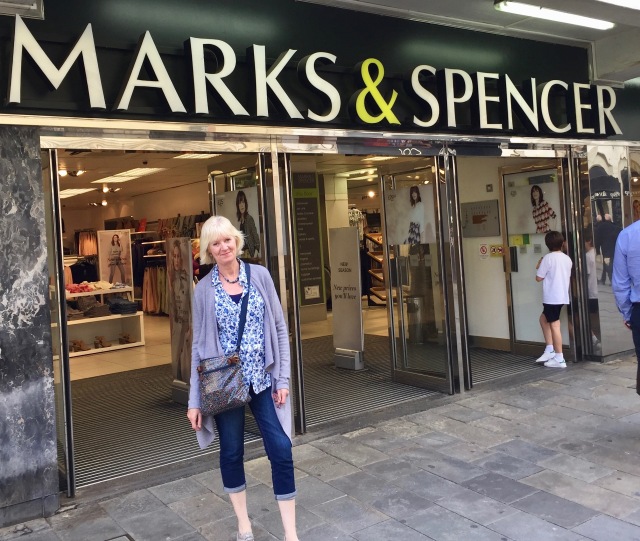 Result!  Our goal in site. We came in search of paradise, and found M&S. 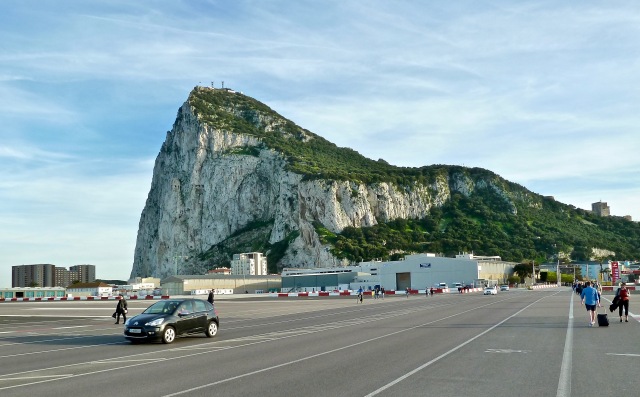 As you leave Gibraltar, you have to walk across the runway to get to the Spanish border.

As we approached the other side there was a large fish blocking our path that threatened us, and wouldn’t let us pass, it was safe to say we were caught between a rock and hard plaice!