Posted on September 6, 2017 by ianandjanesadventurebeforedementia 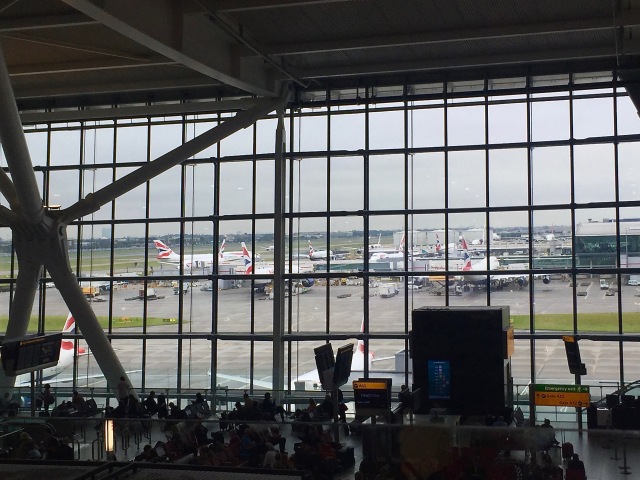 After a trouble-free taxi journey to Heathrow terminal 5, we arrived in good time for our flight to Corfu. We were a little hungry after the early start, so Jane persuaded me to have a low calorie full english breakfast, that really hit the spot and lasted me until the food was served on the plane.

We arrived at Age and Ange’s villa just as the sun was going down. We were greeted by Bill (Age and Ange’s son) and his friend Owen; they took our bags and offered us a glass of wine for which we were very grateful after the journey.

The view from the bedroom balcony was as stunning as we remembered. You can see Albania in the distance and we have decided to book a day trip as we have been told great things about it. 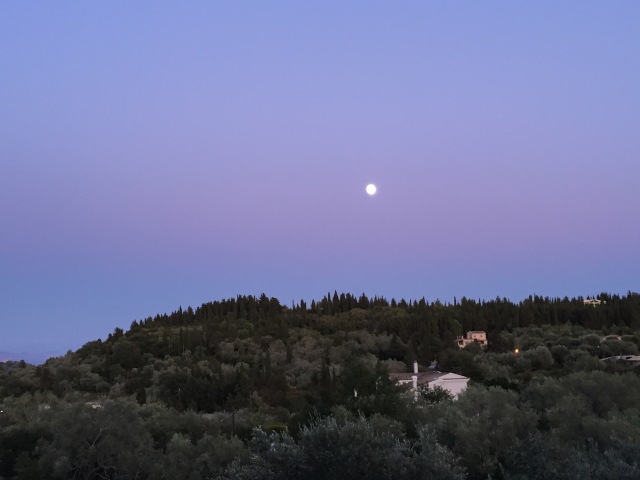 The sun was sinking and the moon was rising, so time to drive off to get some food. 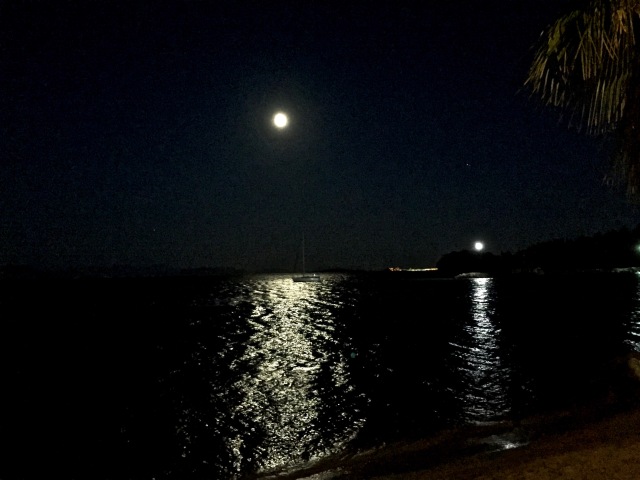 We arrived at Ipsos and the sun had completely disappeared and the moon cast a golden glow over the sea. We had a very pleasant stroll along the front choosing which of the many establishments we were going to honour with our custom. We decided on the traditional Greek meal of moussaka and chips, which was very tasty!

The next morning we awoke to a glorious day. 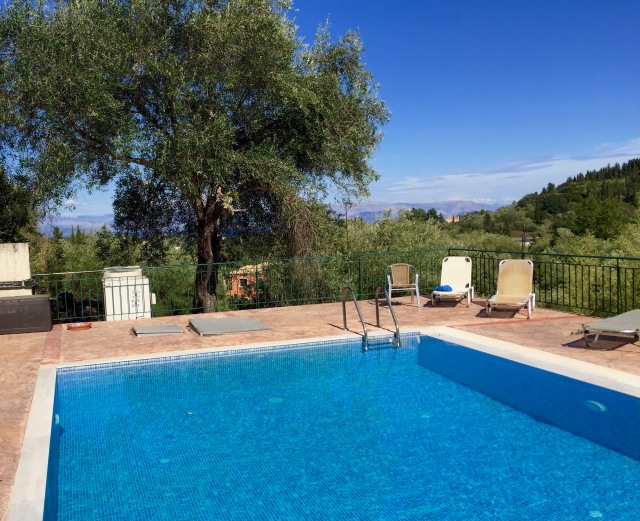 So first things first, jump in the pool……………..what a way to start the day! 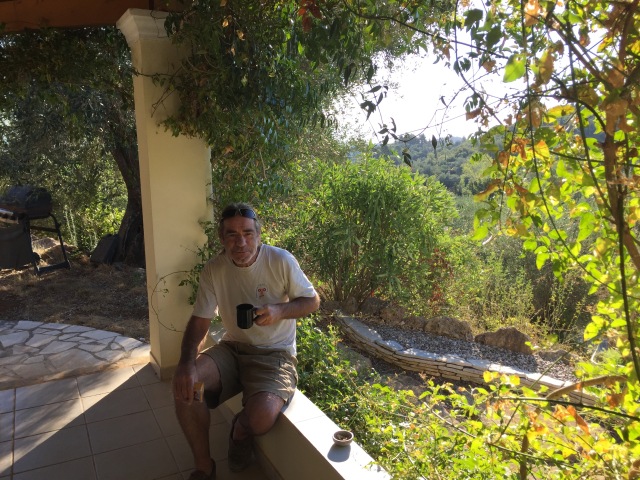 I got chance of a catch up with Andy (Ange’s brother-in-law) whilst sat on the veranda having my breakfast. He and his other half Racheal live here in Corfu and it is great to benefit from their local knowledge!

It was Bill and Owens last day, so I suggested a meal out if they could think of a nice restaurant. Bill thought that the local town of Gouvia would have something for everyone, and he was right.  We settled on Melodies restaurant where the food was lovely.  Melodies has a tribute act bar, and that night the Albanian Elvis was on, but the lads had an early flight so we headed back home (actually Jane and I were tired!)

But before we left we still had time for dessert!