Posted on January 22, 2018 by ianandjanesadventurebeforedementia

The sun began to raise its head above the distant hills 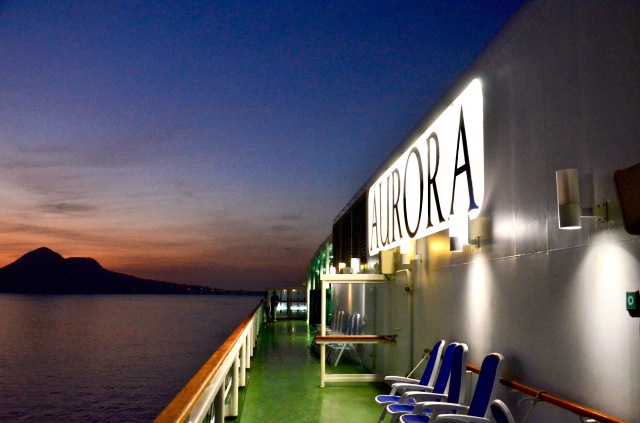 We both had to pinch ourselves, we were really sailing in to Rio! 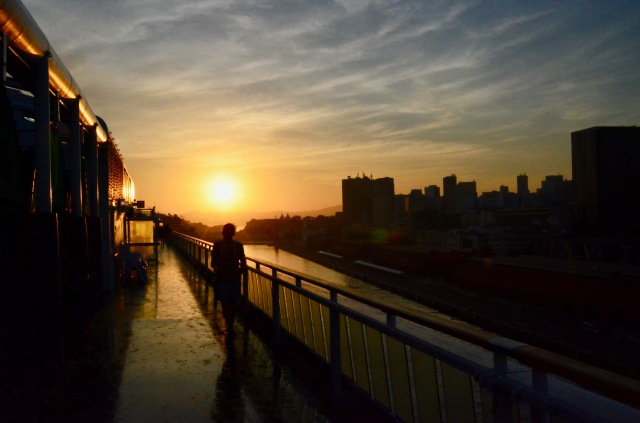 Never in a million years did I expect to be here!

We were followed in by another two ships, its going to be busy in town today! 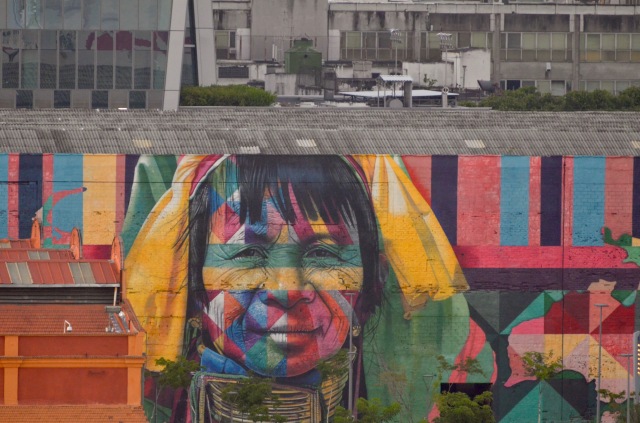 The sides of the docks buildings were covered in an interesting mural.

Still pinching myself, we are on Copacabana beach!! 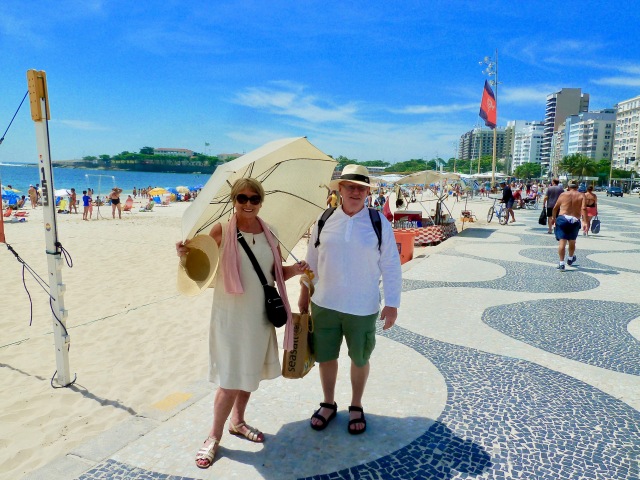 Kev and Val are seasoned travellers who have been here before, and even they were excited! Don’t you think Val looks cool by the way ? 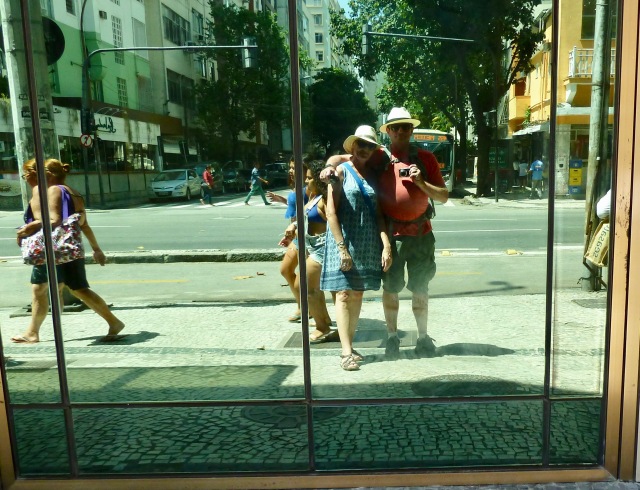 Tall and tanned and lean and lovely, I stepped up and took this picture of Ipenema beach!

Unfortunately Jane had forgotten to pack my leather thong and string vest so I had to improvise ! Val said it was the first time she had seen me without rosy cheeks! Kev offered me his but it was a little on the skimpy side!

My god it was lovely in there, a welcome relief from the 35c heat. 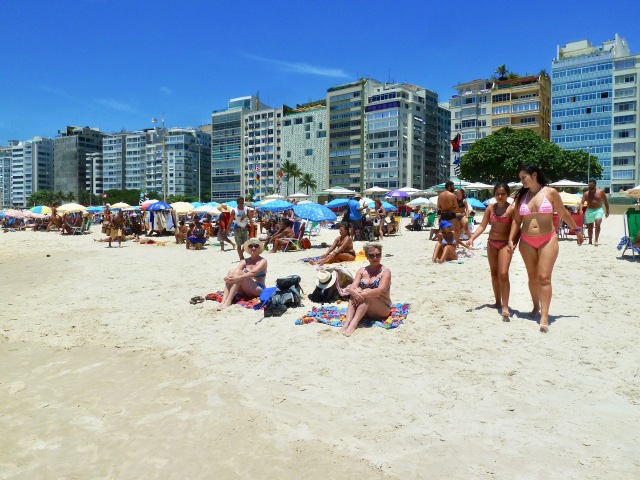 The girls welcomed the sit down. 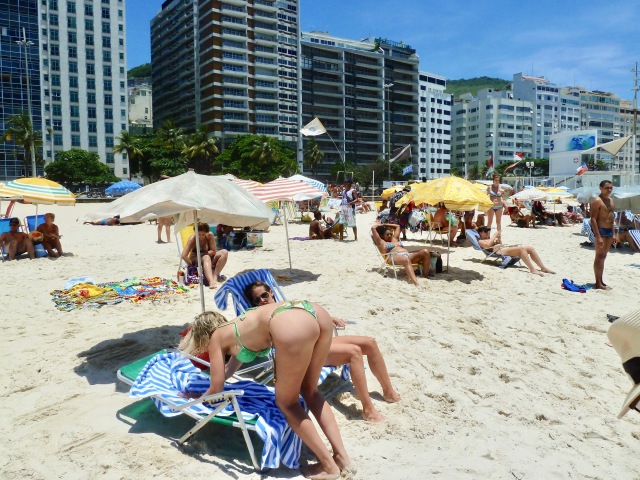 Can’t think why I took this shot! 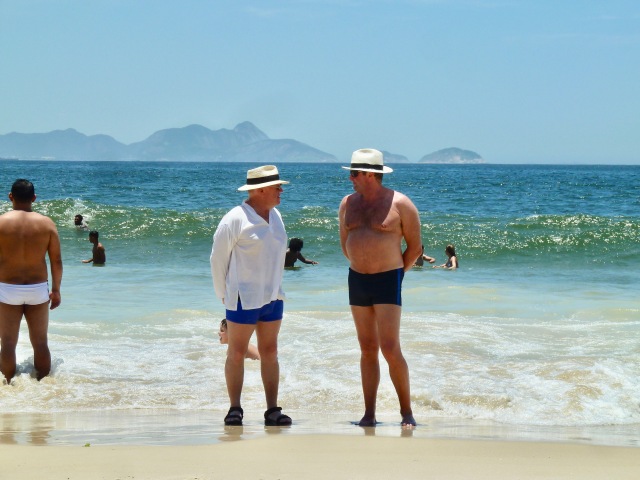 Putting the world to rights!

The vendors on the beach had ingenious ways of carrying their wares!

In the afternoon we took an extremely hot bus ride to the Botanical Gardens. Kev bravely figured out the bus routes and for less than £1 each we arrived at our destination! Not sure I would recommend the un air-conditioned buses as I sweated in places I didn’t know I could sweat! 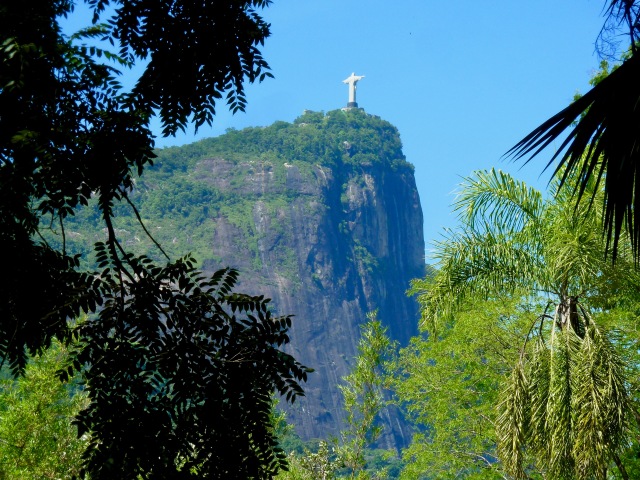 This chap can be seen from all over the city and tomorrow we are going up to see him!