Posted on February 25, 2018 by ianandjanesadventurebeforedementia 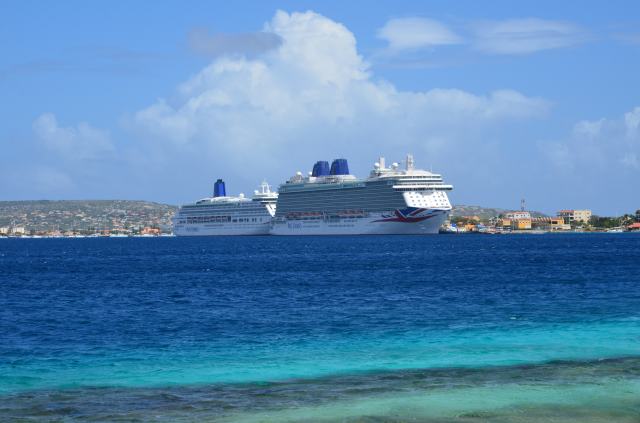 We were joined in port by Aurora’s big sister Britannia. You realise how big the Britannia is when you see it next to our ship. I’m very happy with the size of our ship, I can find my way around very easily now after nearly 7 weeks, if I was on anything larger I would worry that I wouldn’t find the restaurant!

Kevin had read  quite a lot about a quiet beach a short walk from the ship, that would be  ideal for snorkelling. Well it was a short walk for Kevin and I with our sensible walking shoes on, however for Jane and Val, our resident fashion icons with their sandals and flip flops it was more of a struggle! 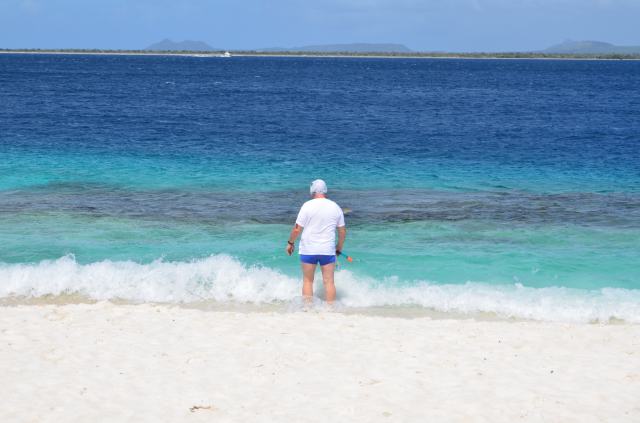 When we finally got there it was paradise.  There were 4 other people on the beautiful white sands of the beach and as you can see the sea was lovely and clear.  We found a tree to hang our clothes and to get some shade and then headed  for the water. The dark strip that you can see is a coral reef. Kev was the first in and he was astounded at the variety of fish that he had seen within the first 5 minutes. He said that this was the best spot he had ever been to and he has visited quite a few! 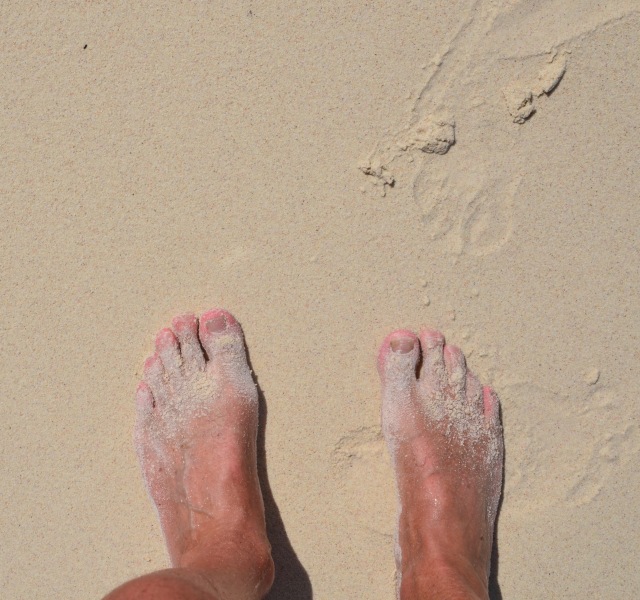 So I thought I would stop mucking about taking silly photos and join him!

Then this little fellow came along and kept me amused for a little while longer.

Meanwhile Jane, in a moment of complete madness, decided to roll around in the sand! Unthinkable I hear you say, and she wasn’t drunk! 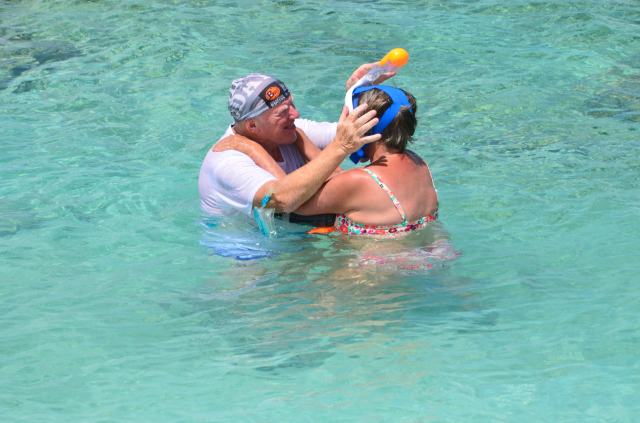 Kev was having a few problems teaching Val how to snorkel, and at one time it looked like things were getting a bit fraught. But as it happened it was only that the mask  kept moving! Well done Val, as this was the first time EVER that she has had a go with the mask and snorkel. She loved it! 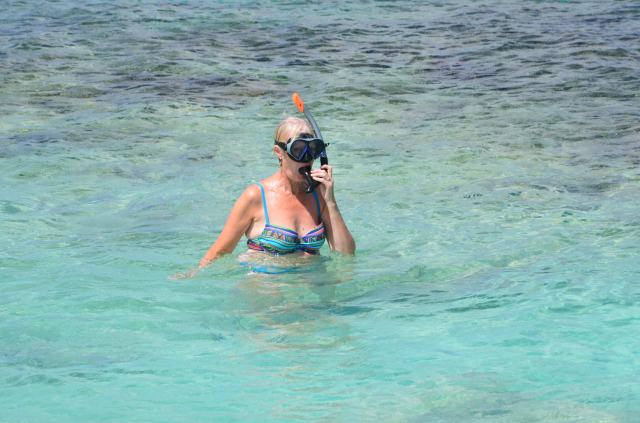 No, this is not Ursula Andress from Dr No, its Jane washing the sand off herself and having a go at snorkelling.

A picture of Kev with his heavenly body……..sorry heavenly t-shirt! Do you think he is holding his stomach in?

This chap was looking for some lunch…………..

But not if you are hungry enough !

Talking of which…………this was where we had the BEST tuna burger ever. The fish was caught in the morning and we had it for lunch…….superb!!!!

Well all good days have to come to an end………

So we decided to elongate it by having a couple of rum punches…….

And watch the wildlife hard at work sitting on top of some poles….. 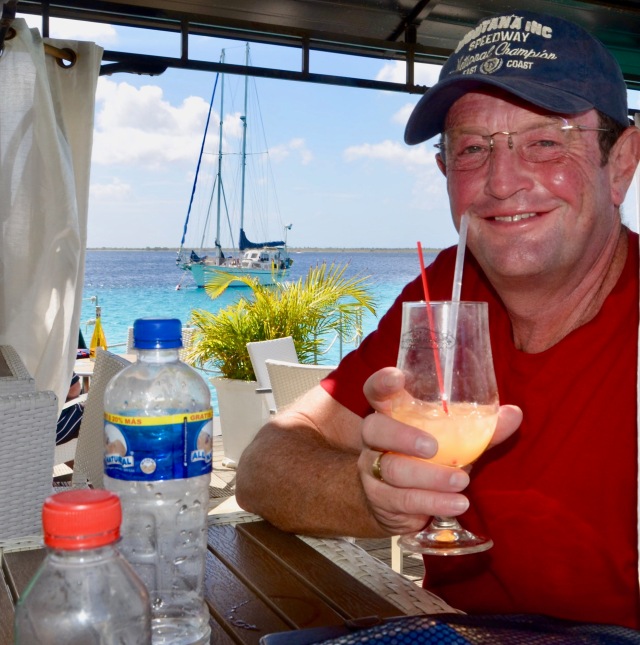 All that exertion has made my cheeks go red…… or could it be the rum punch……..more on that tomorrow!