The Night From Hell

Posted on July 13, 2018 by ianandjanesadventurebeforedementia

The Night from Hell

We had chosen a campsite in the Provence region for a longer stay of 9 nights as we were to be joined by Steve and Sara for a long weekend. We decided to break the long drive with an overnight stop, and we would just decide on a campsite when we were getting tired. This system has worked very well for us in the past and we couldn’t see any reason why  it wouldn’t work again. At 4pm, after 6 hours of towing the caravan, we decided to look for a site, and picked one in Serrières-de-Briod in the Rhône-Alpes. 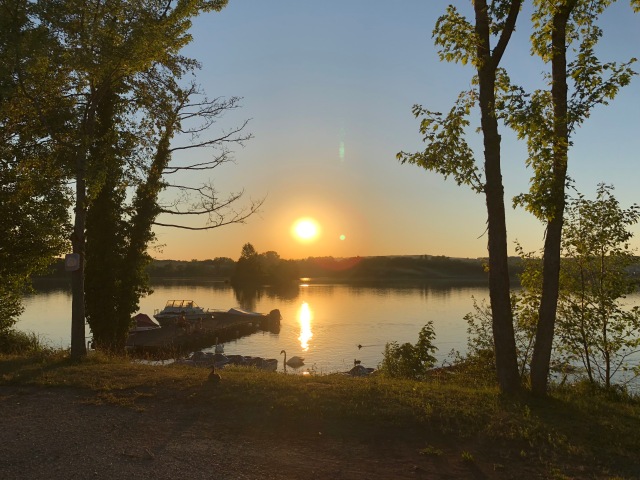 On arrival all seemed well, we set up camp and I went for a swim………..

The sun was slowly sinking in to the lake and all was tranquil. We had booked a nearby restaurant as we were both exhausted after a long drive through the mountains.  We had chosen the scenic, very windy route and not the more direct quicker autoroute as we wanted to enjoy the journey, and it was beautiful. 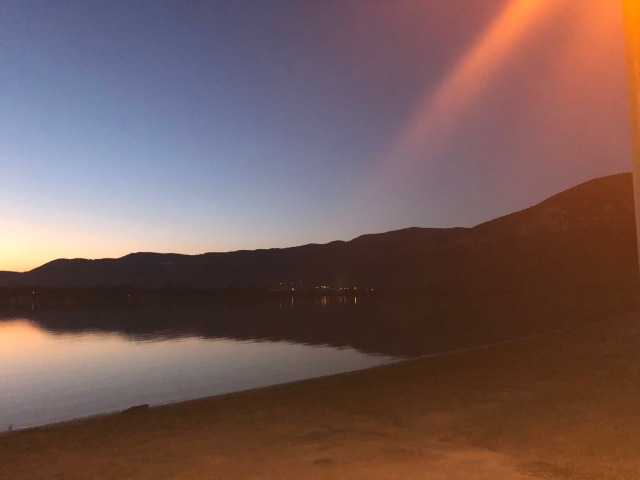 We could see the restaurant from our pitch, in fact if we could have walked there directly it would have taken us 2 minutes, but as it wasn’t part of the campsite it took us 20 minutes to get there by a more circular route.  Before we left, a sound check started and VERY loud music began emanating from said restaurant!  A little concerned we went to reception, and as we passed a large marquis en route  a disco started up!!!!!

On arrival at the front desk we asked in our best French what was going on and how long the music was going to be blaring out. The kindly receptionist let us know that the campsite was celebrating a local fête and the music would go on until maybe midnight and it was the restauranteur’s birthday so probably midnight as well.

Well that didn’t sound too bad, it was nearly 9pm and we were going out to eat and so we wouldn’t be overly inconvenienced.

We had a lovely meal and the music was at an acceptable level which we assumed would continue for the party after…….how wrong we were!!!!!

Midnight came and the volume in both venues was cranked up to max…. and carried on until 2.30am.

Two very grumpy sleep deprived people woke up very late the next morning to continue their drive to Provence!

2 Responses to The Night From Hell