Up to the North

Posted on July 28, 2018 by ianandjanesadventurebeforedementia

Today we decided to get as many miles under our belt as possible, and then as soon as we felt tired we would look for the nearest campsite and then rest there overnight before continuing on the last leg of this journey to our campsite near Calais. The journey was fairly uneventful, just a lot of motorway driving and a lot of listening to Desert Island Disc podcasts, we know how to live! We had no problems with the traffic this time until we came to the country lanes that led to the campsite and then we came across this combine harvest travelling at 5 miles an hour, a push bike overtook it, with barely enough room to get by, so I stood no chance.  So we just had to bide our time and listen to another podcast! 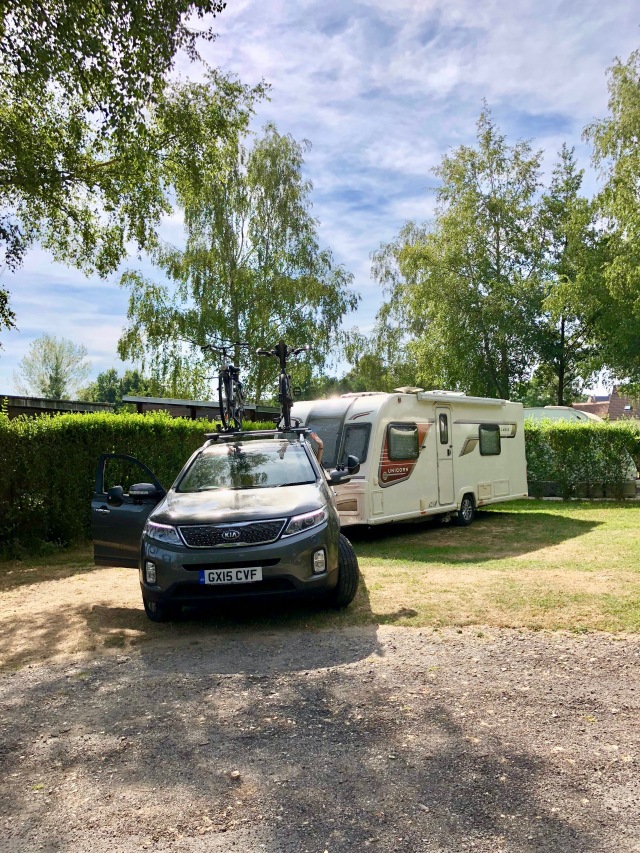 The campsite was another great choice arranged by my travel agent Jane. We didn’t bother to unhitch as we had planned an early start in the morning. But as it happened we slept in later than intended and didn’t get going until 10am after a leisurely breakfast! 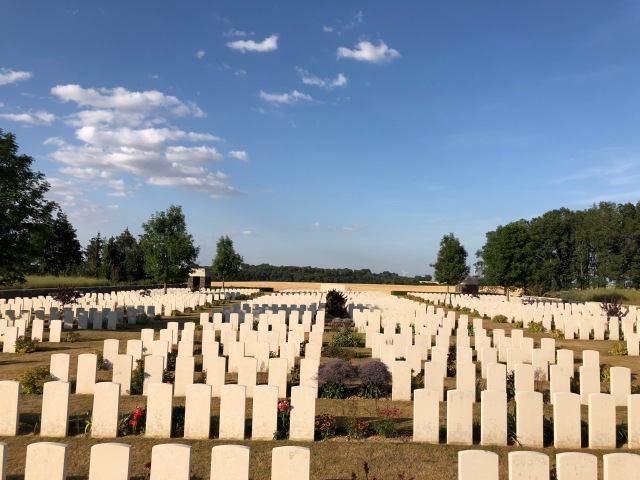 After our tea the previous night, we took a short stroll up the road to visit and pay our respects at a First World War cemetery. So many headstones marking the graves of fallen soldiers. 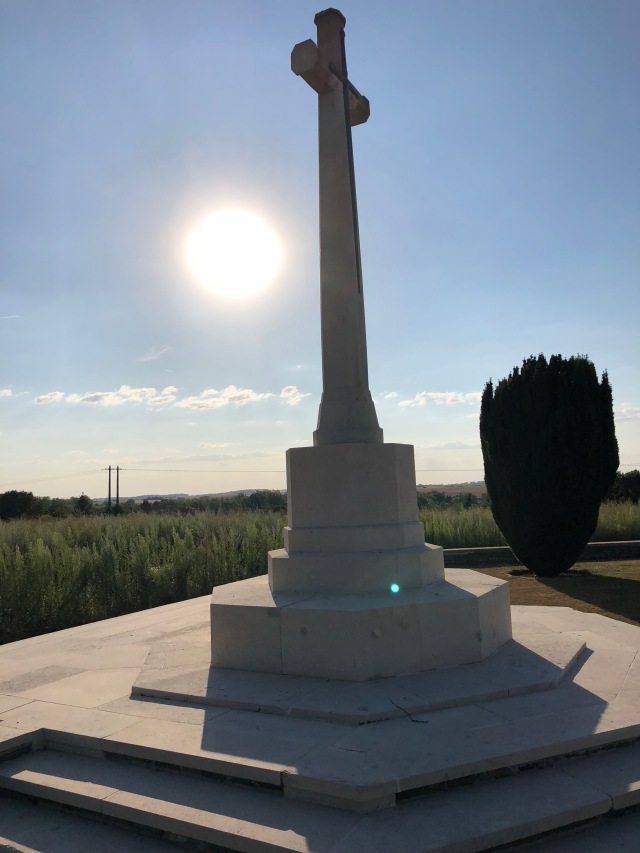 It seemed bizarre  on such a beautiful calm night that such fierce battles  had been fought in and around this area over 100 years ago. It was sad to see so many headstones marked with the simple words “A SOLDIER OF THE GREAT WAR, KNOWN UNTO GOD”.

In  a corner of this quiet cemetery we found the graves of a bomber crew that were shot down on the 18th April 1944.  It really brings it home to you when you see the ages of some of these airmen and the responsibilty they carried at such a young age.  A sergeant at the age of 20…………and never making it to 21, its so sad that these brave young men had to give their lives so we could live with the freedom that we have today, it makes you think!

1 Response to Up to the North