Posted on August 10, 2018 by ianandjanesadventurebeforedementia

We arrived back in the U.K on Tuesday the 24th and the weather was still great over here. In fact being back in a proper house makes it feel so much hotter than we have been used to in the caravan. So after a day of catching up with lots of jobs such as the washing and the unpacking of the car and caravan, it seemed like a great idea to go to the coast and get a little bit more of the sea breeze. We had planned a visit to Lepe which is probably the closest beach to us here in Braishfield, but after hearing that the Radio 2 traffic news had reported a lorry on fire and traffic gridlock in that direction, we needed another plan.

So that quick change of plan took us to Queen Victoria Country Park in Netley.  I think this is a very underrated, and consequently underused local resource. It was great to have a walk along the water’s edge and watch the sun set over Southampton. Admittedly you do have Fawley refinery on the opposite bank and that is a bit of an eyesore, but it was lovely to sit on a bench and watch the small sailing boats having a race along the Solent and around some of the buoys!

Dad looks like he has got a halo in this picture!

I have lived in and around Romsey for the best part of 52 years, having moved here from Southampton when I was 5,  and apart from a short period of time working away in London and Peterborough for Nurdin & Peacock (happy days!)  I have never been too far away.  However up until now I have never really had a good look around Broadlands house. I have a hazy recollection of being dragged around with my mum many years ago but none of these memories  have stuck with me……………….. 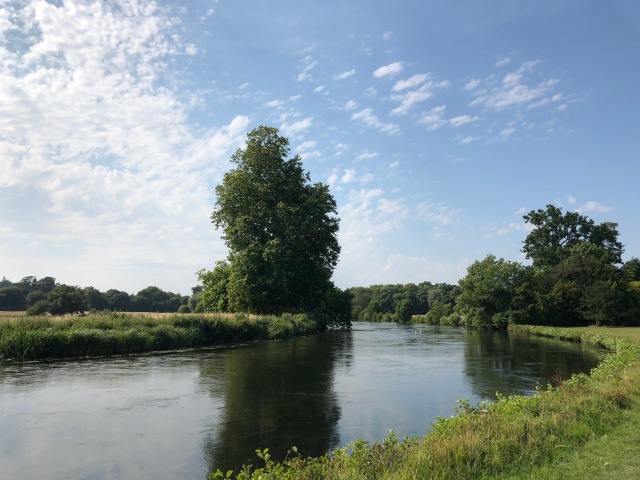 So it was time to rectify this shortfall in my Romsey history. The house is only open for 2 months each year, and this year it is open from 27th June to the 4th September, I suppose this is why it has taken me so long to visit, as whenever I remembered about going it was closed.

The tour guide was very informative and he told us all about Lord Louis and Lord Palmerston who had been the previous inhabitants of this house. It was interesting to see all the pictures of many of the famous faces who had visited here over the years, the Queen spent part of her honeymoon here as did Princess Diana. The guide even told us of a flying visit the previous week by the Duke of Edinburgh, who was attending a christening but it was rumoured that he was here, keeping away from London as a certain Donald Trump was visiting the Queen that day!!! 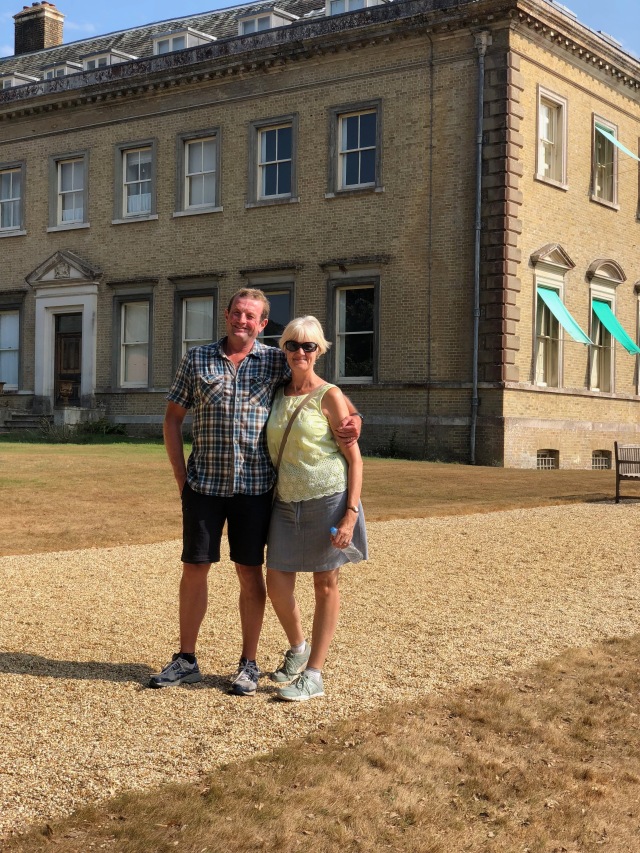 Another interesting (and very hot!) day!

1 Response to Netley and Broadlands