Posted on October 2, 2018 by ianandjanesadventurebeforedementia 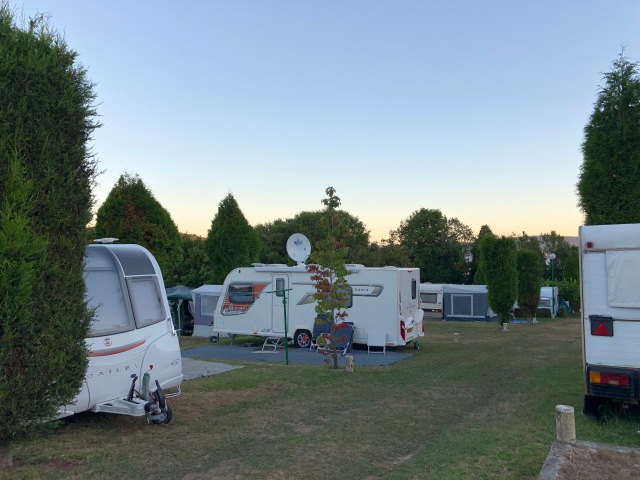 This is a lovely basic campsite, everything is a little on the old side  but it is all spotlessly clean. On arrival we were greeted by a slightly over-eager manager/owner who wanted to help us set up. The only problem was that he had never seen our style caravans before and he was amazed at the motor movers and the wheel locks, all of which were new to him.  He was keen to see how they connected up to the electrics etc etc……………. and then he decided that he knew better than us about levelling the vans!  He did mean well but he just wouldn’t go away! 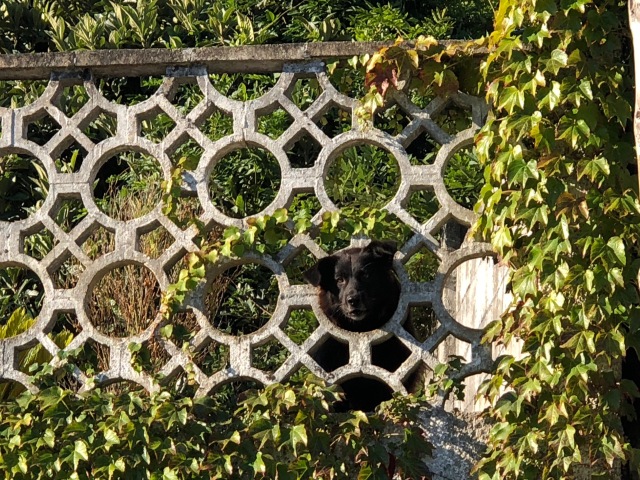 Early the next morning I decided to go for a walk before everyone else was awake.  It’s still dark here in Northern Spain until about 8.30 so I waited until first light to go exploring.  Whilst walking down one of the narrow lanes by the campsite I was greeted by this little fellow in the photo above. Well, his greeting was a loud bark which woke his neighbours up who then all barked at me.  This in turn woke their neighbours up and before long the whole neighbourhood was full of barking dogs and the peace and  tranquility was well and truly shattered! 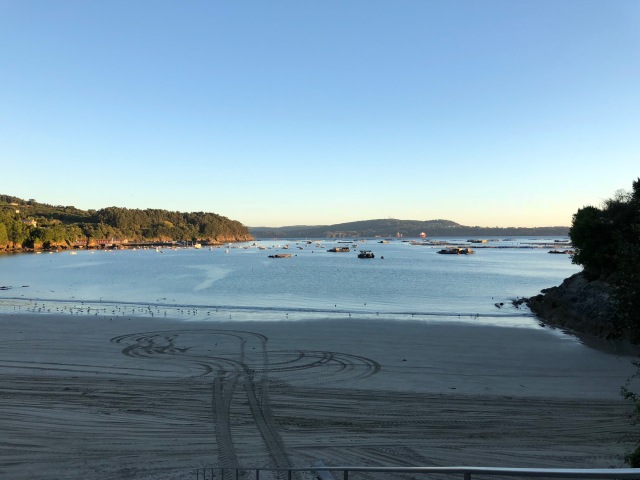 This is our local beach and I was surprised that at that early hour it had been completely raked over for the next days sunbathers! 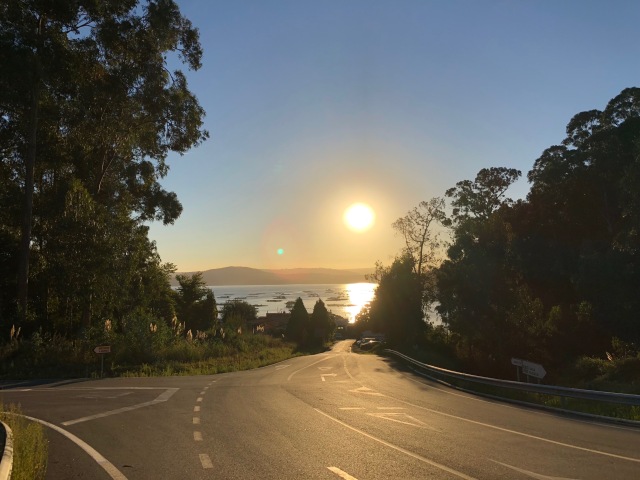 My next port of call was the local fishing port………….. 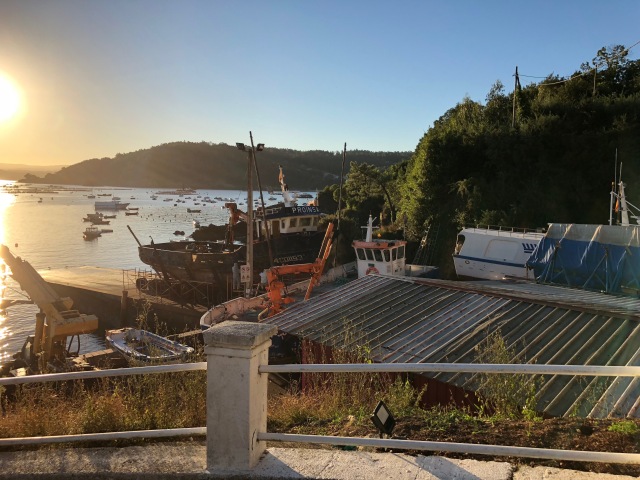 Which was in full swing by the time I got down there, plenty of work going on in the fish processing factory and the boat builders were hard at work as well! 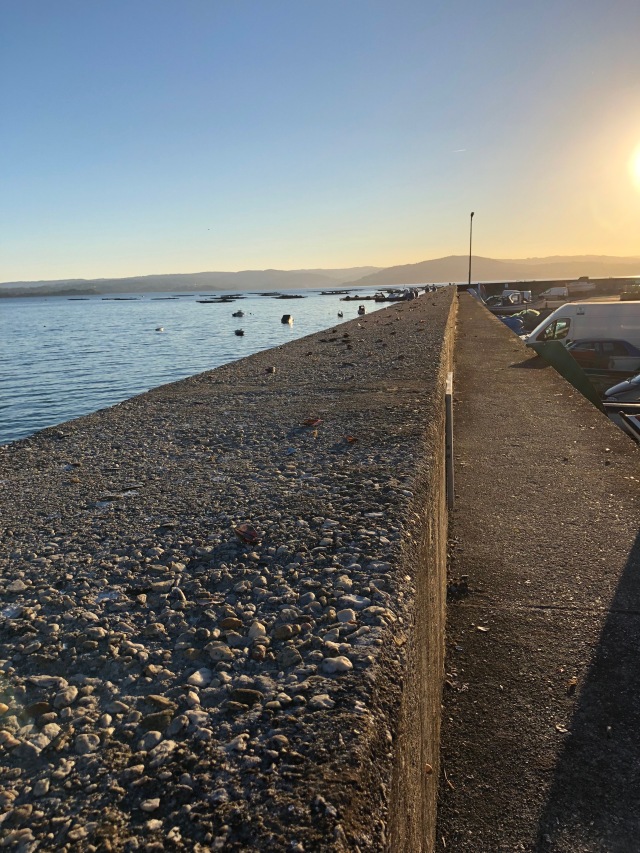 The seagulls had also been having their breakfast as the tell-tale signs of the empty mussel shells were littering the harbour wall! Not sure that I fancy mussels that early in the day, I think I’ll wait until I get back to the caravan for a bowl of cereal! 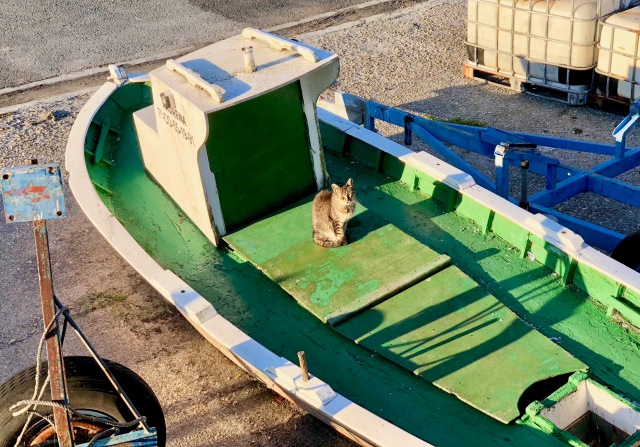 This little chap was apparently waiting for his friend the owl before they set sail, he had packed the honey and plenty of money all wrapped up in a five pound note, all sounds like nonsense to me!

Later the same day when Jane had arisen from her slumbers we took a drive along the stunning (I know I use this word a lot, but it really is!) coastline to the little resort of Cedeira. The drive was wonderful………. 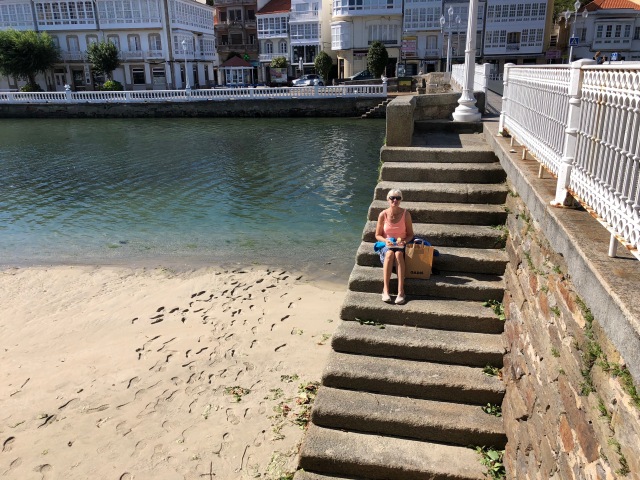 And the town was beautiful was as well. What a great place to eat your picnic, just purchased from the local supermarket, pastie and crisps! 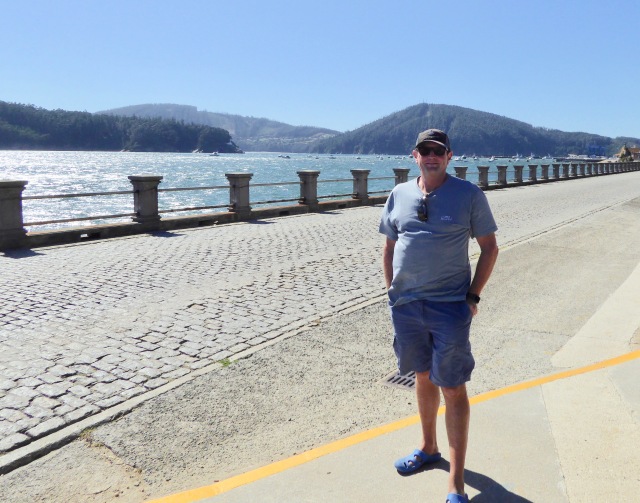 The harbour was an interesting place to visit whilst walking off our lunch, mind you it did get a little blowy, so much so that I nearly lost my cap! 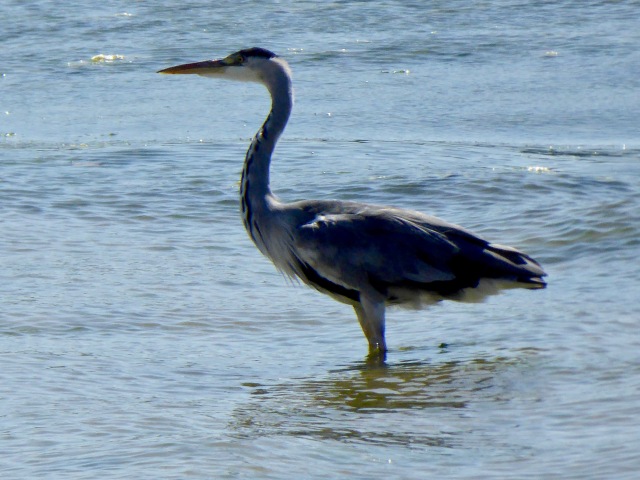 Still, I got this bird’s attention! 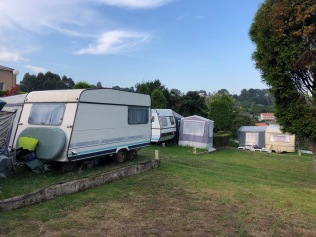 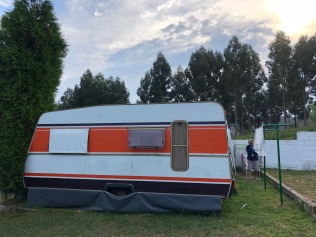 As I say the campsite in Sada was nice but maybe a little “tired”, a place where old caravans go to retire and eventually die!