Posted on November 15, 2018 by ianandjanesadventurebeforedementia 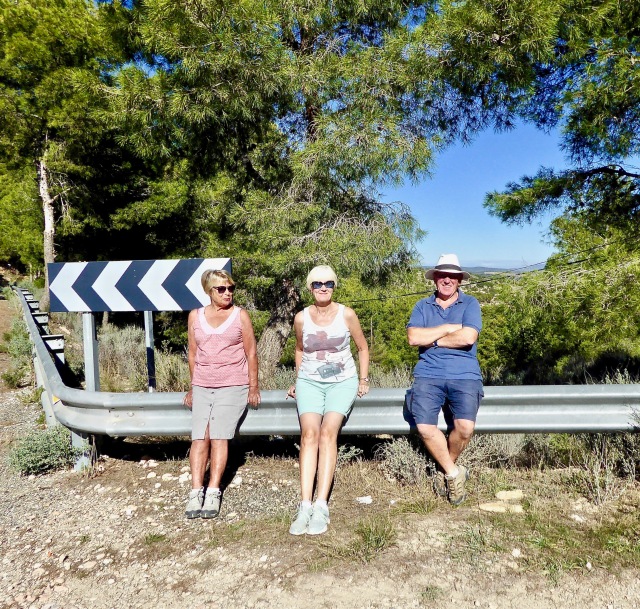 Before our first trip to the Iberian Peninsula  last year I purchased a book entitled “Wild Swimming in Spain”.  I never got round to doing any because either they were too far away, or the weather wasn’t conducive for me to try swimming in these remote locations with just my speedos on!

What I really needed was some like-minded person to encourage/push me in to trying at least one location before heading on back home, and after reading the book Kev was that man!  With the promise of a lovely scenic drive Jane and Val were onboard for a fun day out. 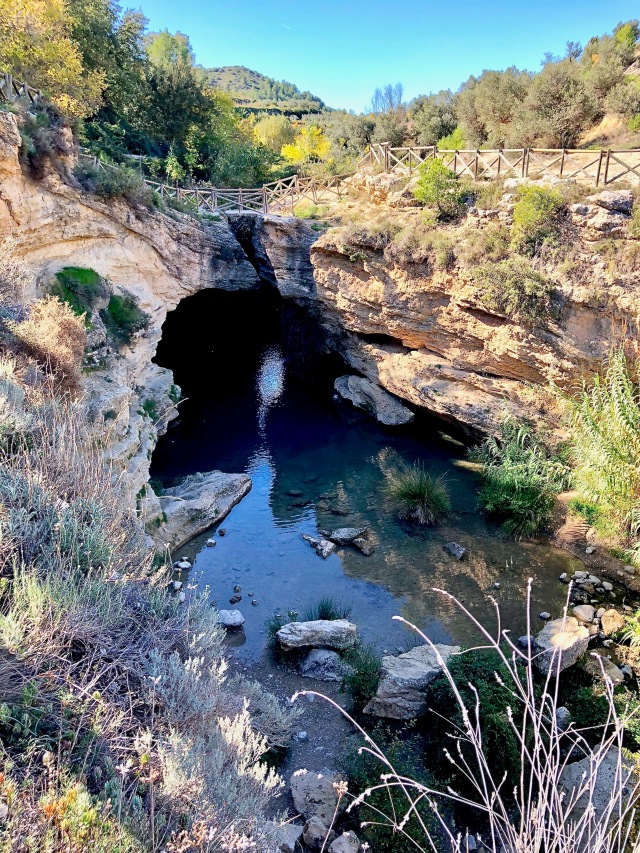 We put the GPS co-ordinates in the car’s sat nav and off we set. When we first arrived at the site it appeared deserted, but as we made our way down the steps we noticed a group of 4 people having a picnic.

When you come to a spot like this ideally you would find no one else there, or if that wasn’t the case maybe a few more groups, but when you have got only 2 groups (including yours) it then feels a little awkward!  We were going to invade their peace and tranquillity by swimming around in the quiet waters. 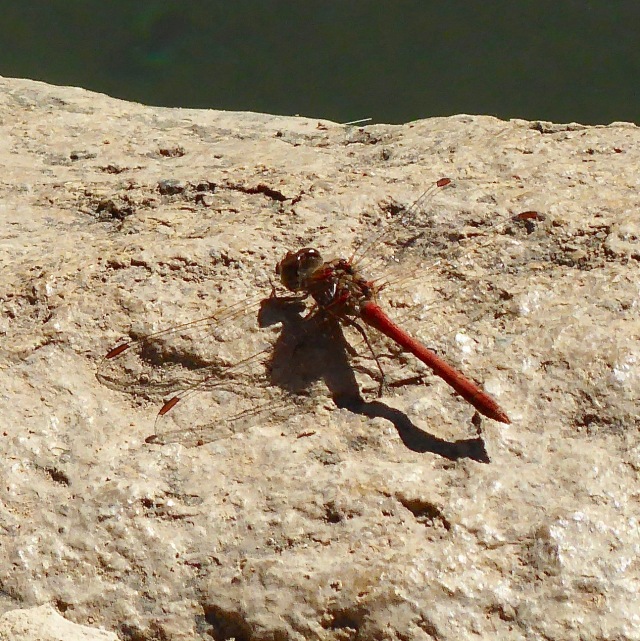 And the fish seemed keen to find some thing else to nibble on…………..

Kev surveyed the area devising in his mind what kind of dive would be appropriate in these surroundings…….

We settled down on the rocks to partake of a little light lunch (I know you shouldn’t eat before you go swimming, but Jane said on this occasion it was ok!), to enjoy the ambiance of the location, and to let the other visitors eat in peace before we dived in! (Luckily, they went before we finished eating so we had no qualms about making fools of ourselves!!)

Oh I forgot to say that we had got wetsuits, although the sun was shining the water was bloody cold! 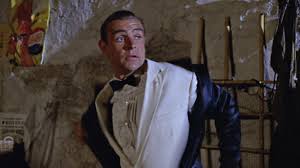 Jane had told me not to wear my dinner suit underneath but as I wasn’t sure where we would be dining that night I didn’t listen!

Like a couple of olympic athletes we gracefully climbed over the rocks……………….

… to explore ever deeper the hidden depths of the river………….. 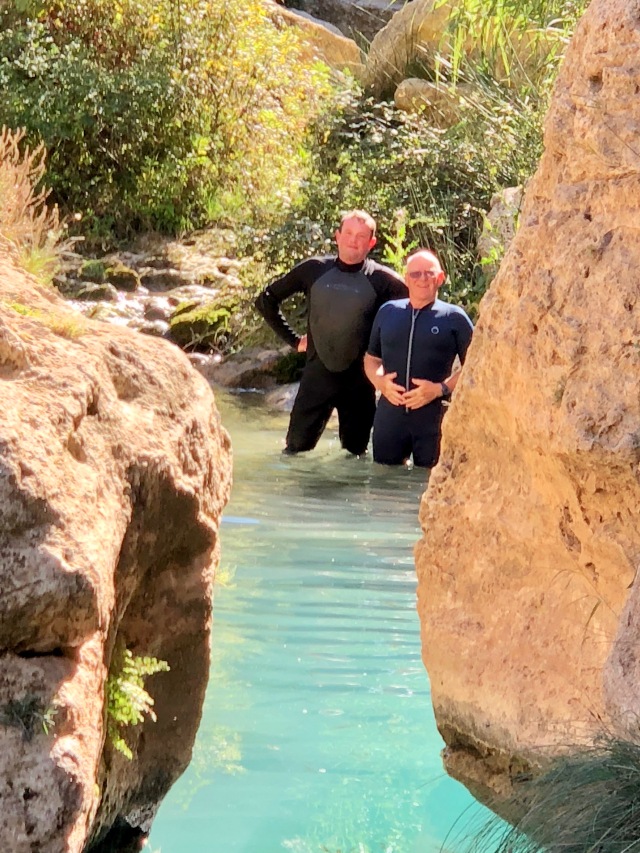 What a couple of posers!

I don’t think I have ever had such a refreshing swim!

Then afterwards we had to climb back down the raging waterfalls that locals have likened to the Victoria Falls, but we survived unscathed!

Safety was almost in sight as we rounded the bend…………..

And with safety came the knowledge that I still had a packet of crisps to finish off!

Having finally realised how good I look in a wet suit there was no stopping me…………. 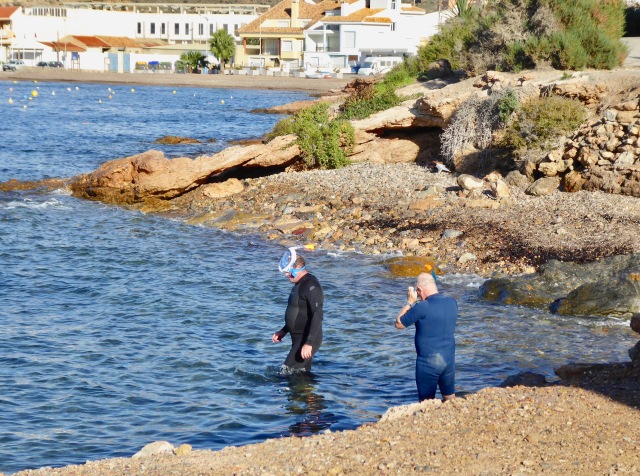 a bit a snorkelling was called for………… 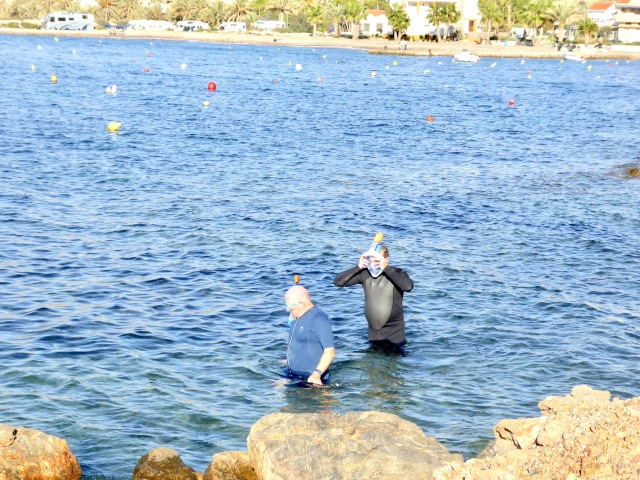 This time I took my dinner suit and rolled it up and placed it by my stomach for extra warmth!

We braved the killer jelly fish and had a great 30 minutes watching all the brightly coloured fish!