Posted on November 17, 2018 by ianandjanesadventurebeforedementia After a fairly uneventful drive (with the exception of driving around Madrid towing a caravan!) we arrived in Burgos, a step nearer to our final destination in Spain (Santander), ready to catch the ferry home early evening on Sunday.  (STOP PRESS……..we have just been notified that due to bad weather on the Bay of Biscay the ferry has been rerouted to Bilbao and delayed until midnight on Sunday !!!!!)

As always after a long drive I like to get out and stretch my legs if there is time.  The river Arlanzón flows close to the campsite, and as it was still light we set out for a walk.  It’s a lot colder here than it was in Aranjuez; time for long trousers and jumpers and coats! 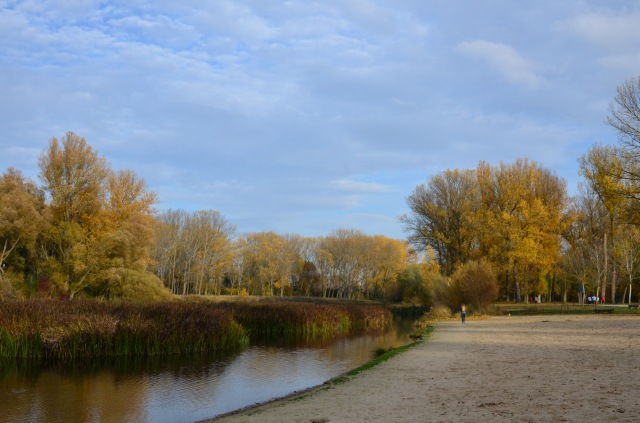 There is a “beach” on the river bank not far away from the campsite but it was a bit too chilly today to tempt me in…….mind you my wetsuit was back at the caravan…………….. 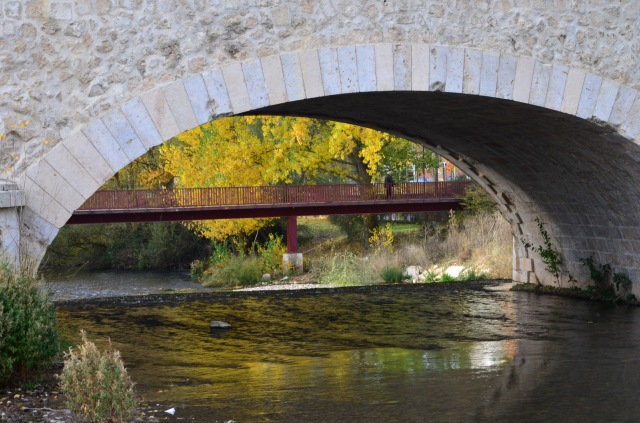 On second thoughts I decided to just enjoy the walk!

A bit of an overcast day to explore the city of Burgos. We had been told not to miss the old town.

It has many historic landmarks, and of particular importance is the Cathedral of Burgos which was declared a World Heritage Site by UNESCO in 1984. 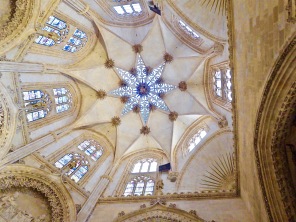 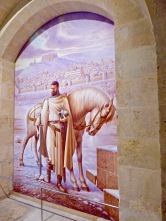 Castilian nobleman, military leader and diplomat El Cid Campeador is a significant historical figure in the city, as he was born a couple of kilometres north of Burgos and was raised and educated there.  The photos above were taken in and around the Cathedral and the bottom right depicts El Cid and not Elsie as Jane thought (not really!)

The colours of the many stained glass windows was amazing, casting many different shades of light all over the cathedral . 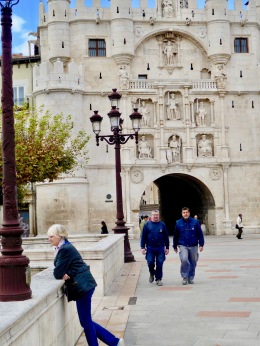 After an hour or two of exploring it was time to make that difficult decision on what to have for lunch ……….Tapas or Menu del Dìa.  As it was a little chilly a full blown menu of the day was decided on.  We had three courses each and a bottle of wine and a coffee and it was only €30 for the two of us, amazing value for money! 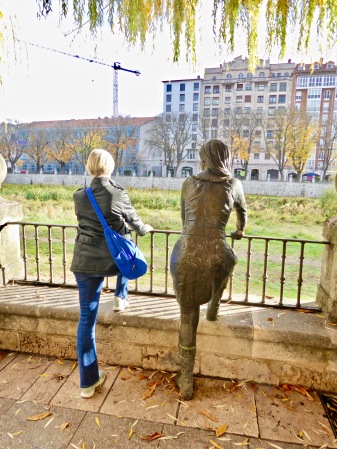 Jane was telling this lady about the great meal we just had but she didn’t seem to want to listen ! 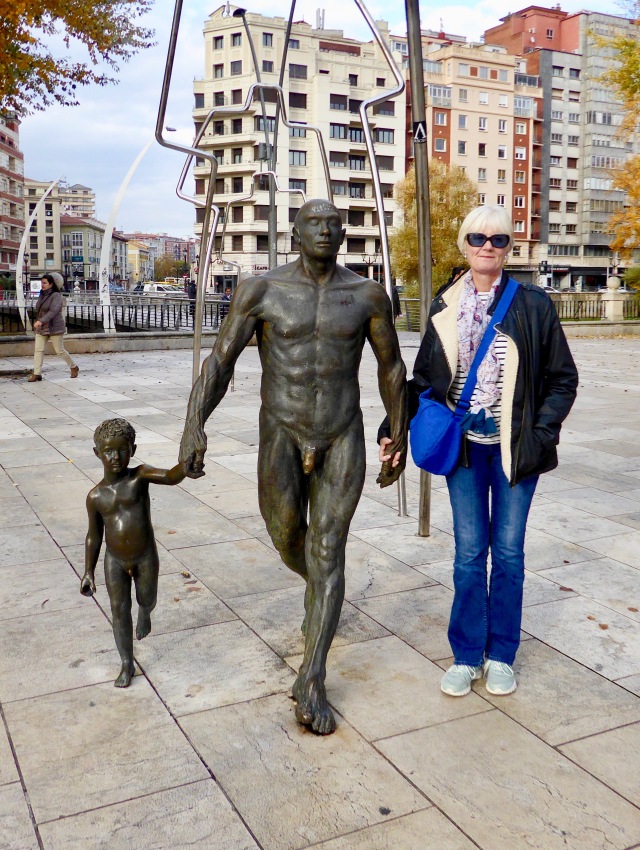 Mind you this chap was a lot more interested in what was going on!