Posted on December 17, 2018 by ianandjanesadventurebeforedementia

The Picos de Europa are in the distance, once we have climbed over that mountain range it will be all down hill to Santander. (It seems strange writing this sat beside the aga at my dad’s house, these bright warm days seem so long and far away, and it was only a month ago!)

The campsite we had chosen was a bit on the rustic side, but it had all we needed and great views as well. The main thing as far as Jane was concerned was whether the showers were hot and clean, and they were so that was ok! 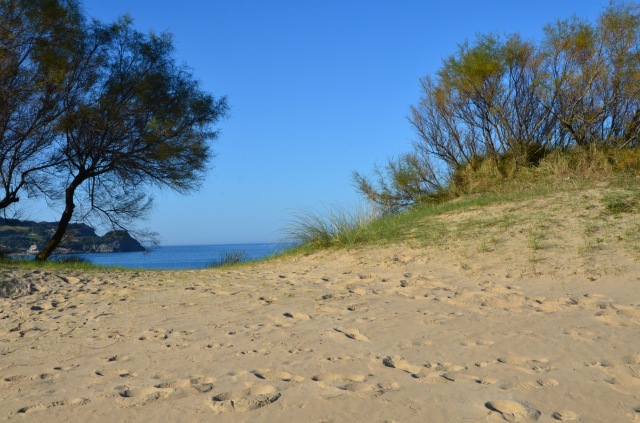 Whilst we were there we took a drive along the coast to Noja which was a small resort when I last visited there nearly 40 years ago……….it’s a lot bigger now!

But the beautiful beaches remain the same………..

This time of year they were virtually empty but there were a few hardy swimmers taking to the water!

We chose to give the bathing a miss and instead walked along the stunning coast path making the most of this fantastic late November weather! 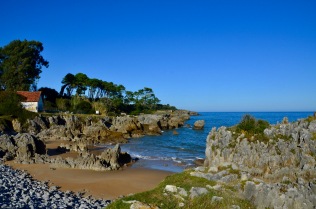 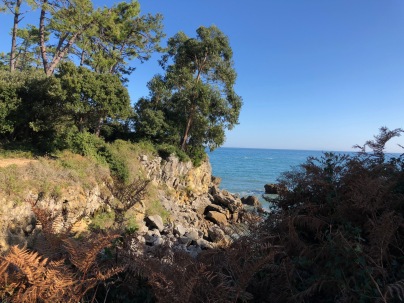 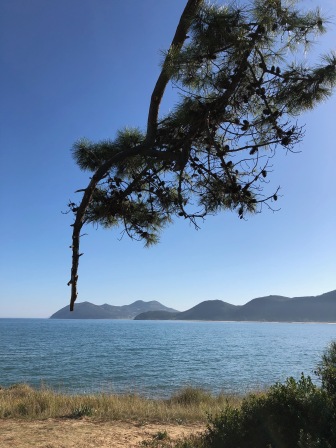 This was truly one of  the best ways to spend our last full day in Spain. 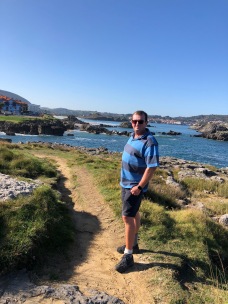 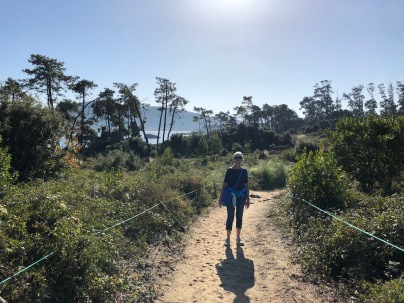 Especially when we stopped off at the local Tapas bar to sample their wares!

While we were strolling along the beach I received a TXT telling us that the return ferry had been delayed due to bad weather on the Bay of Biscay, and that instead of catching the boat at 5pm from Santander we now had to drive to Bilbao and board at 11.30pm! Do I tell Jane or not, it will only worry her? 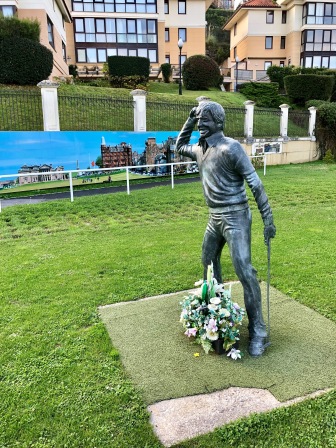 Well as we had nearly a whole extra day in Spain I thought I would go and  pay my respects to perhaps Europe’s most charismatic golfer, Severiano Ballesteros. What a lovely place he lived and learned to play golf in, I think I might come back and play this course…………maybe next year!

Well thank goodness for that, the return crossing wasn’t as bad as I had thought.  It was the crossing on the way to Spain that had all the problems, poor them! Mind you there were times when it was a little choppy, at lunch time Jane didn’t feel up to eating all her chips so to save here blushes I helped her out!

I think we managed to avoid the rough weather as we kept the French coastline in view most of the time!

Back home to the cold of England tomorrow!