Posted on April 1, 2019 by ianandjanesadventurebeforedementia

The coach wasn’t allowed up the narrow roads to the fort……….. 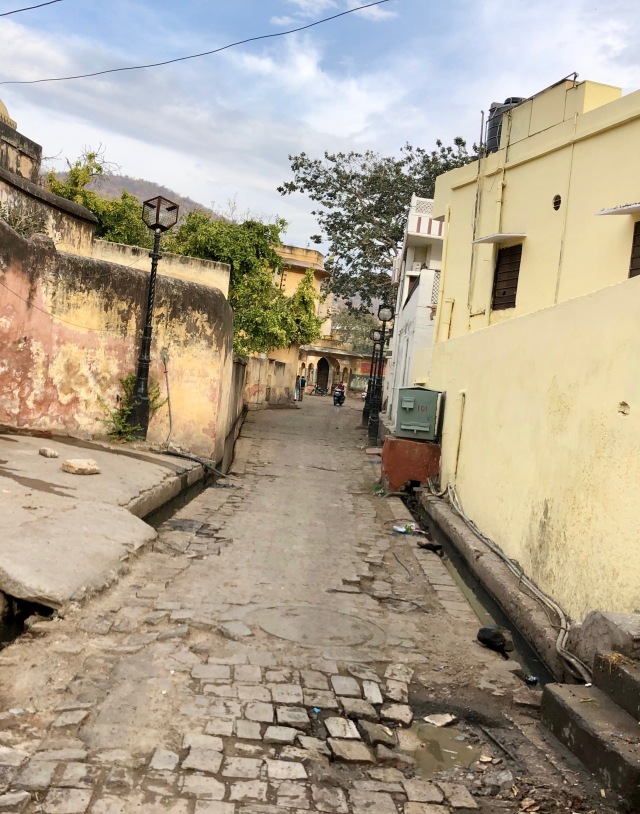 So instead we were taken there in 4X4s, which were driven as you would expect – at breakneck speed through the back streets!

Quite exciting really as you hang on to the framework of the jeep as you swerve to avoid the odd cow that gets in the driver’s way!

Or even a “not quite” so wild boar that is scavenging for food! 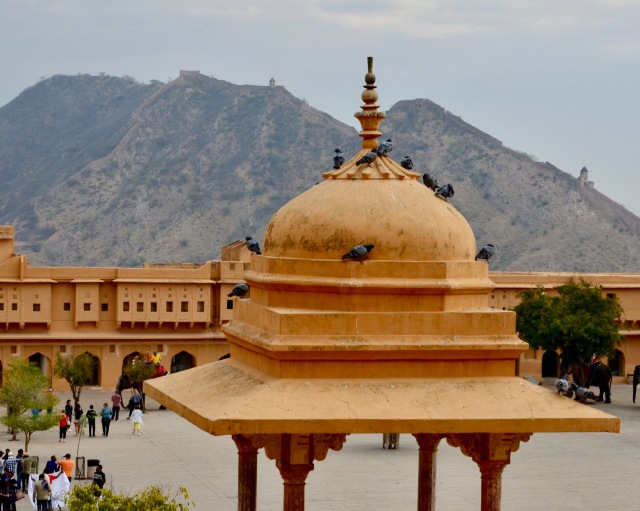 The Amber Fort, also known as the Amber Palace, was built in 1592 by Raja Man Sing, it is set amongst the hills overlooking the Maota Lake.

There are four main courtyards within the vicinity of the Fort, and there are various other buildings within these courtyards – the palace of Man Singh 1, The Garden, Tripolia gate, Lion gate, Diwan-i-Aam, Sheesh Mahal and Sukh Mahal. 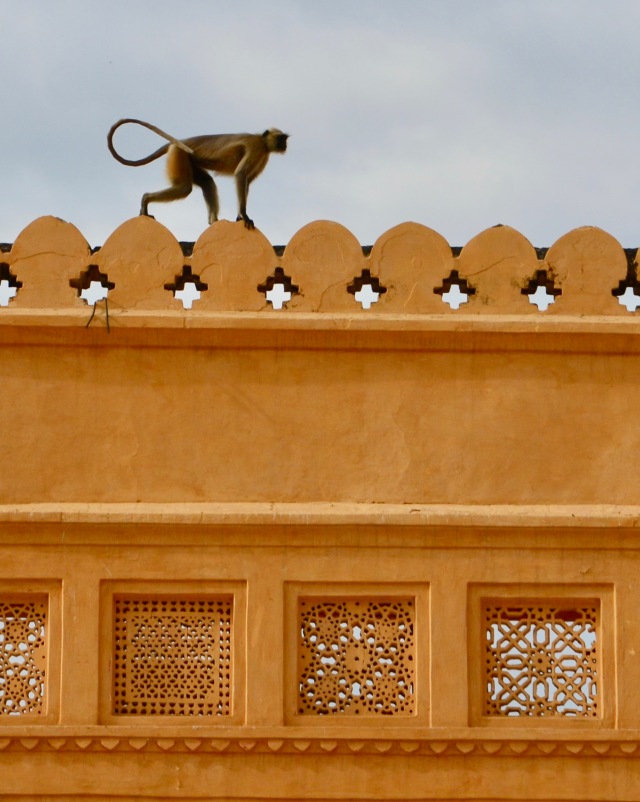 Some of the visitors don’t do their sightseeing in the normal way! 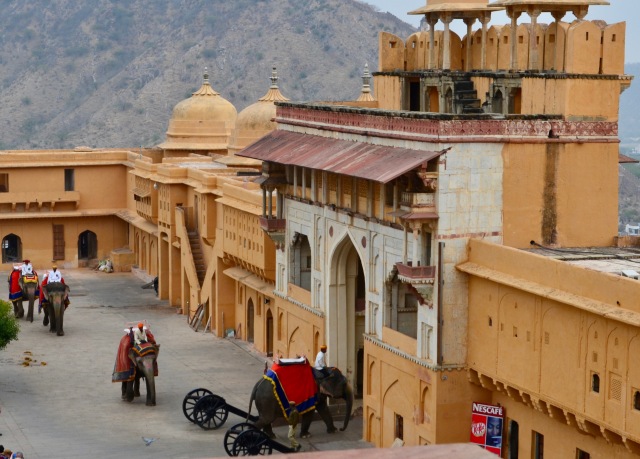 You can get an elephant ride up from the town if you are not brave enough for a jeep drive! 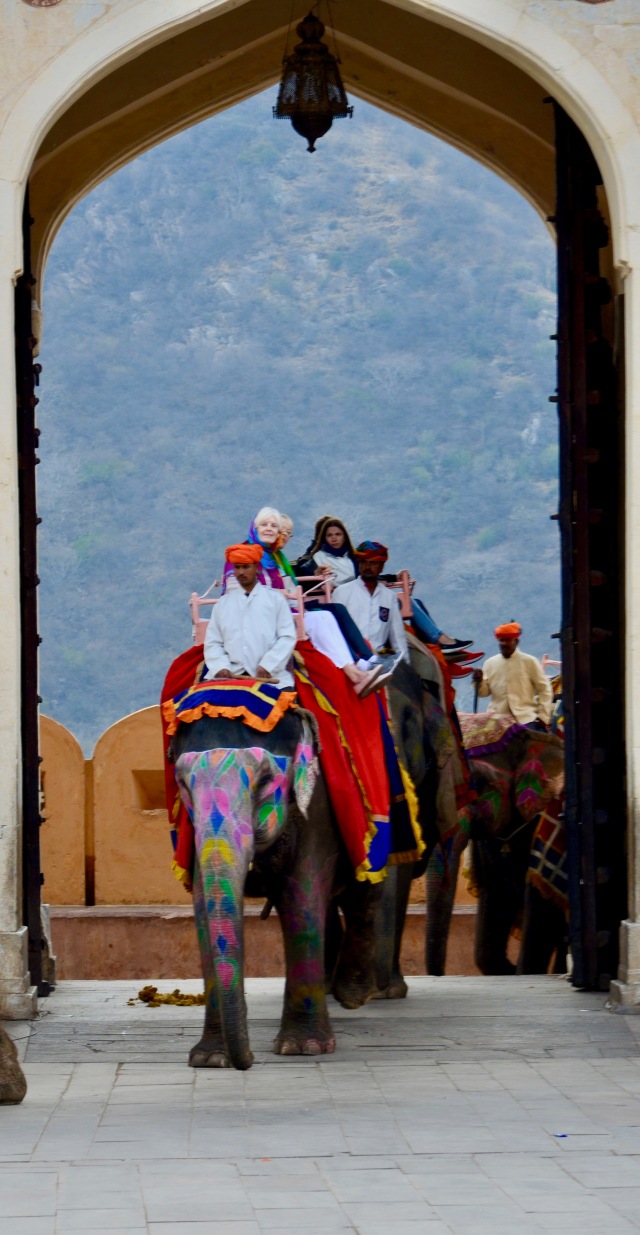 Mind you it does look an awfully long way up……..

The elephants only work the mornings and then it’s back home for a well earned rest and a bit of pampering!

Not all the bright colours in the garden come from the flowers!

There are on-going renovations and this place looks like it needs a bit of attention!

We are certainly clocking up the UNESCO world heritage sites on this trip, and the Amber Fort is another one to add to our list!

As are the intricate carvings on the top of the pillars!

The pictures don’t really show this place off in its full glory!

A panoramic view is the only way to try and capture the magic!

These very ornate windows are designed like this to capture the breeze and try and keep the palaces cool. 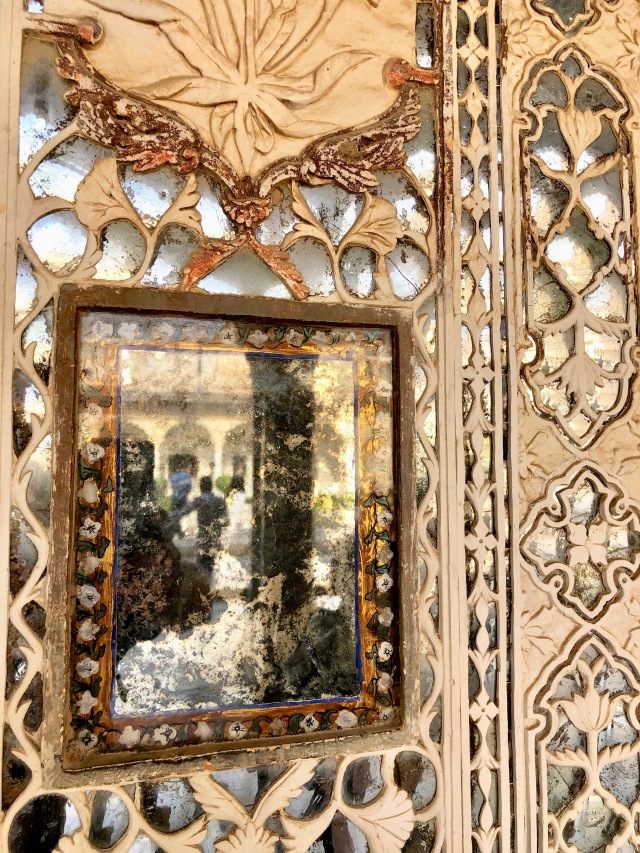 Just checking the mirror to make sure my hair isn’t messed up!

After our visit to the Amber Fort we stopped off for a photo opportunity of the beautiful Jal Mahal Palace whose name translates to ‘water palace’. This Palace was built 300 years ago and was built for Maharajah picnics and duck hunting soirees. It is now being transformed to a restaurant. 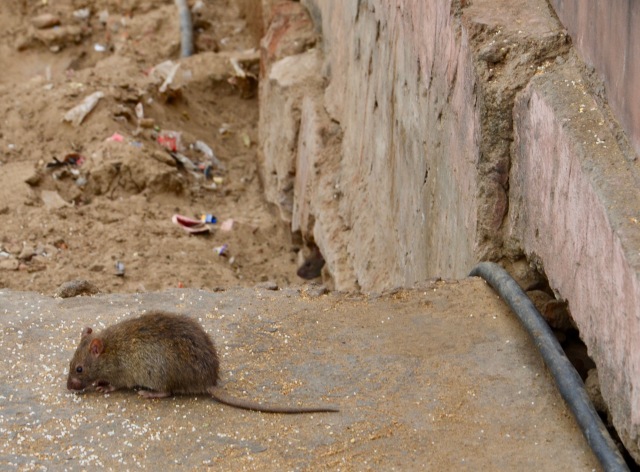 Apparently I was wasn’t the only one who had stopped for a quick look!

A quick stop off for lunch before we carry on with our tour, don’t the Indian bouncers look a lot smarter than the ones we have at home?

This is the Hawa Hahal and it was built in 1770 as an extension of the womens’ quarters in the city palace. It has 953 windows from which the Royal women used to sit and gaze at the city below without being seen! 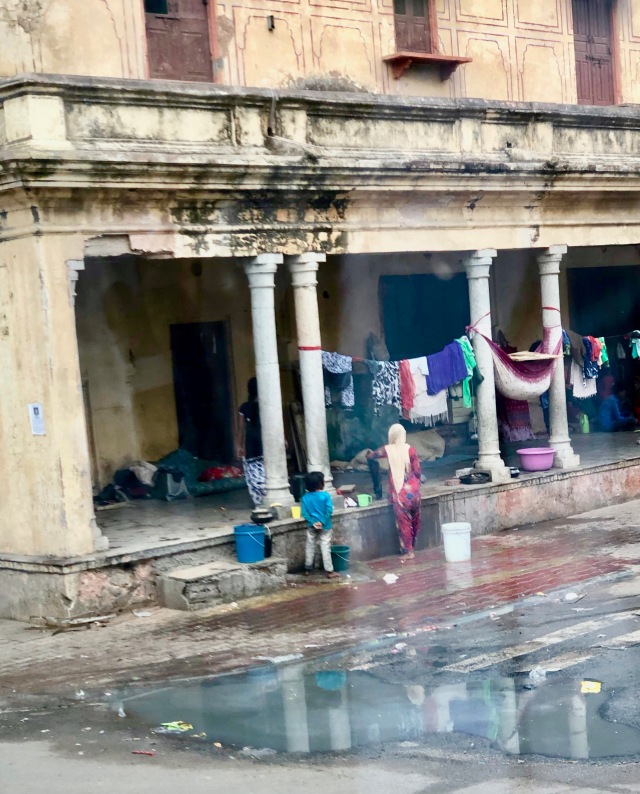 Just around the corner in the same block you see this kind of poverty, not some of the worst that we have seen but this is so close to two palaces! 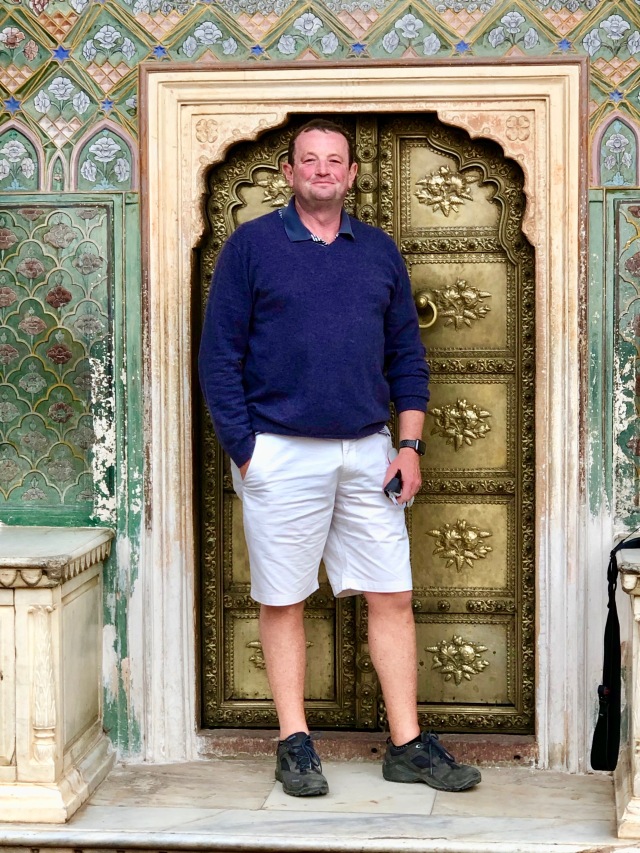 They must have been a lot smaller in those days, and no it’s not because I’m getting a little bit bigger! 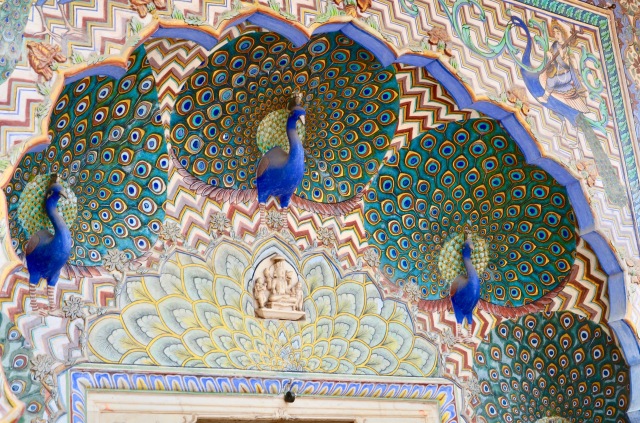 The national bird of India is the Peacock………………

…. not the pidgeon, although this one might think differently! 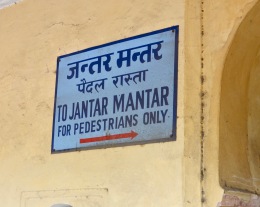 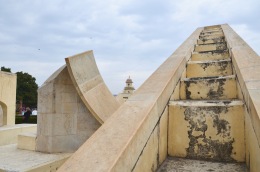 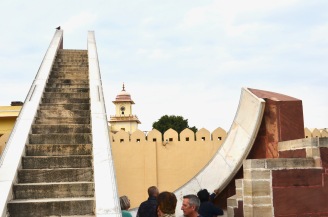 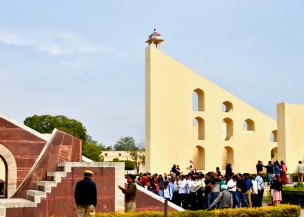 Jantar Mantar is, yes you guessed it, another UNESCO world heritage site.  It was completed in 1734 and contains 19 architectural astronomy instruments…………… 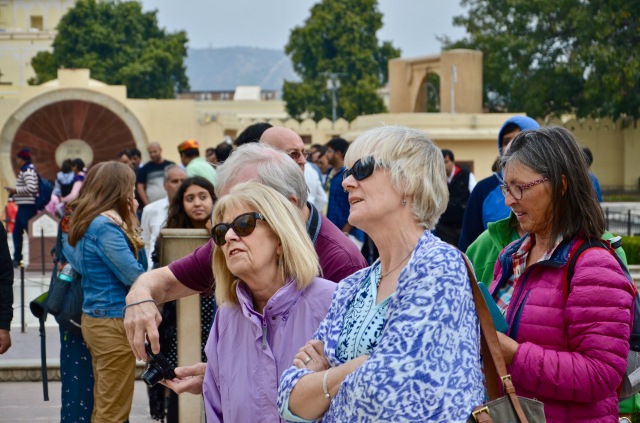 But Jane and Sue couldn’t work out the time so they used their watches instead! 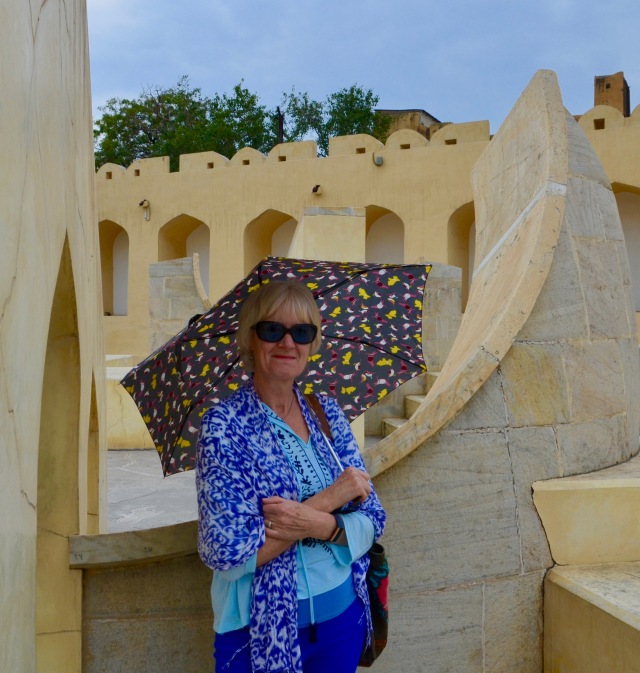 Handy things those umbrellas, useful for sun and rain!

8 Responses to The Amber Fort – Jaipur