Posted on April 16, 2019 by ianandjanesadventurebeforedementia

My first impression of New Mangalore wasn’t great.  We were berthed in a commercial port and the view from our cabin was one of rusty ships and large mounds of coal and iron ore, so not as picturesque as some of the ports we have visited!

We decided that a stroll around the port area wasn’t  going to be high on our list of things to do today in New Mangalore! 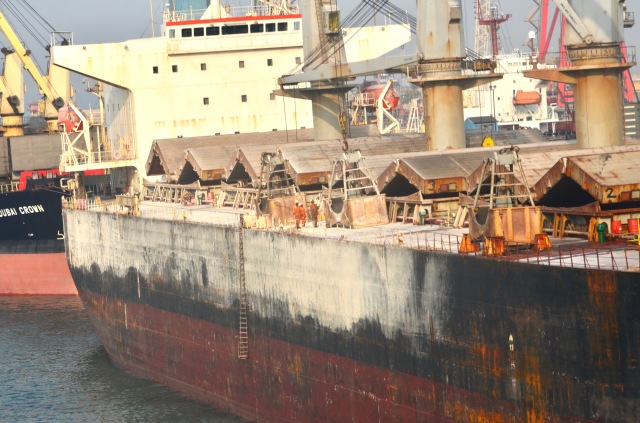 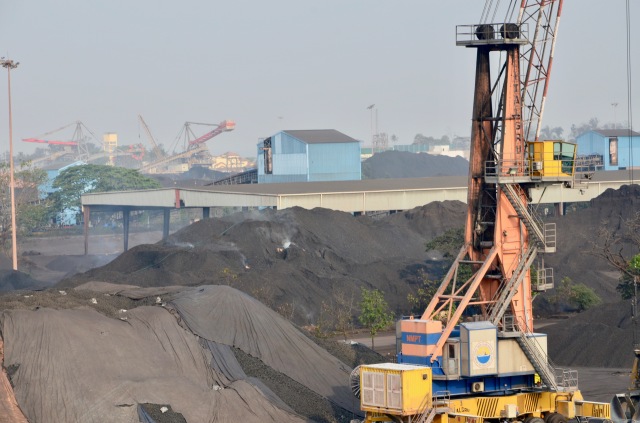 So we were glad that we had planned a trip to a Temple (well it’s been a couple of days since the last one!) and a spice farm.

As soon as we were out of the port area everything got a lot brighter and the colours that we have come to expect from India were everywhere to see!

Even the tuk-tuk rank was under some colourful posters, and soon the rather grim start to the day was forgotten!

After  hours of “hairy” driving we arrived at the 1,000 pillar Jain temple at Moodabidri……also known as Saavira Kambada Temple.

Jane was very interested to find a religion in India called Jainism and is now looking at ways of resurrecting it and introducing it to Hampshire! 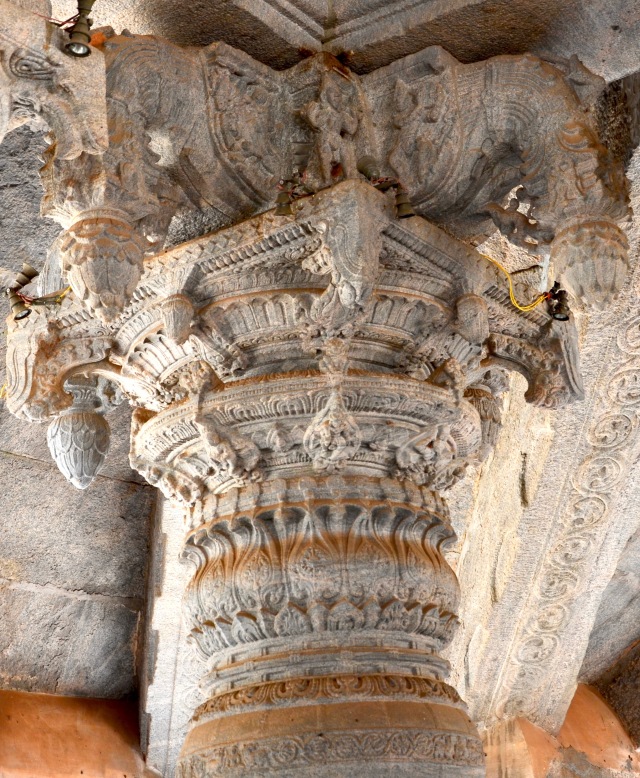 The 1,000 pillars of the temple were all intricately carved and the details are amazing, considering these were all hand carved many many years ago!

This temple was built around 1430AD. This gold statue is in the middle of the temple and you are not allowed to get very close.  This photo was taken at full zoom on my camera and although its a little blurred you get the idea!

Here is Jane wearing one of her new Indian tops, leaning against one of the 1,000 pillars, I managed to lean on the other 999, it was so hot!!! 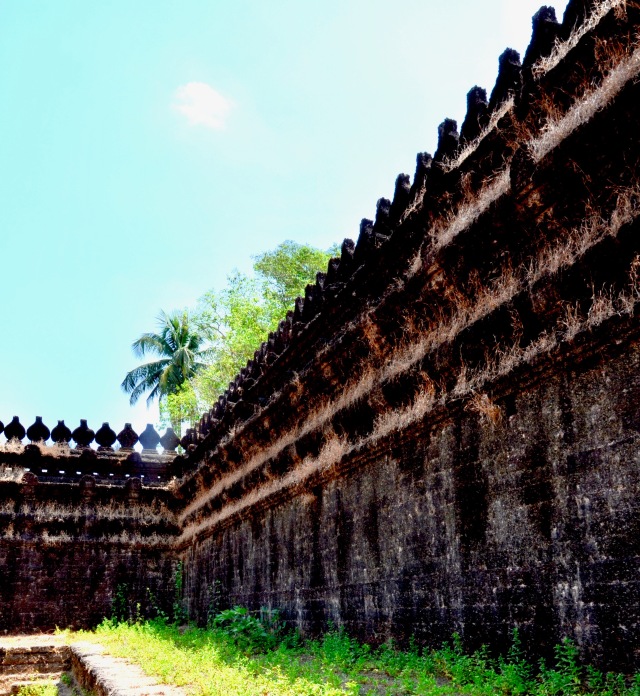 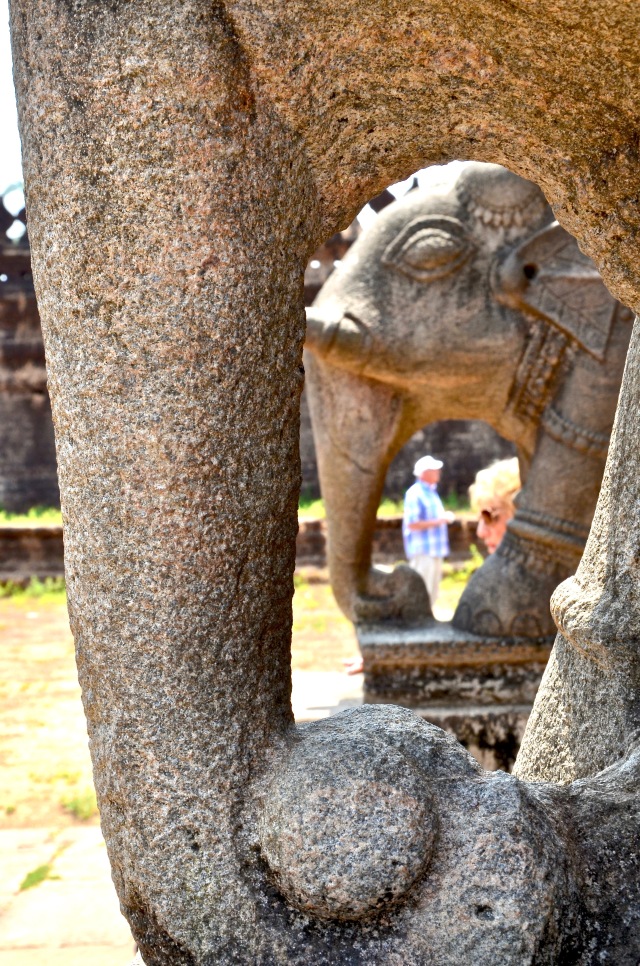 This temple was quite a long way from any large towns so we were thankfully saved from the constant hassle of hawkers and beggars, and we were able to enjoy the peace and tranquility of our surroundings.

Jane loves elephants and was in her element at this place! (Jane is the one in the blue!)

A rare picture of us together as generally it’s me taking the pictures. 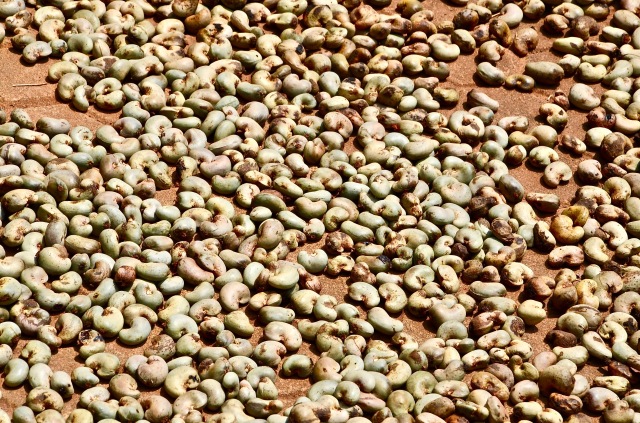 The next stop was at a spice farm…………these were cashews drying out in the sunshine, it drove me nuts trying to get a good picture! 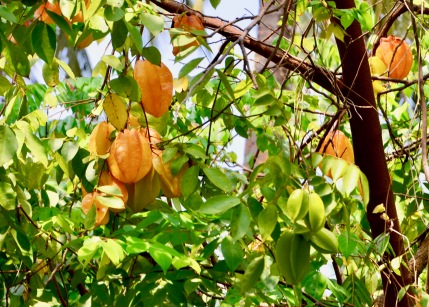 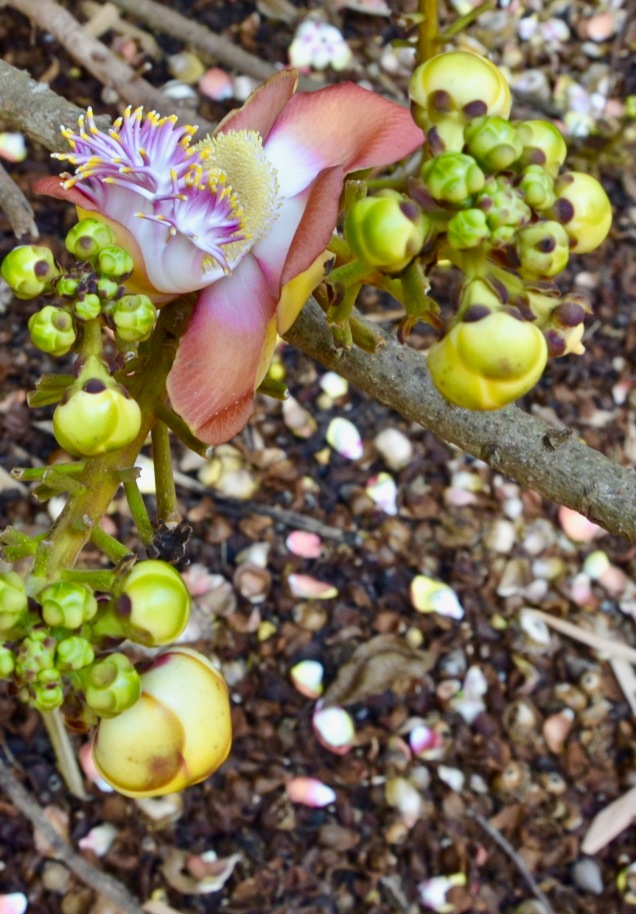 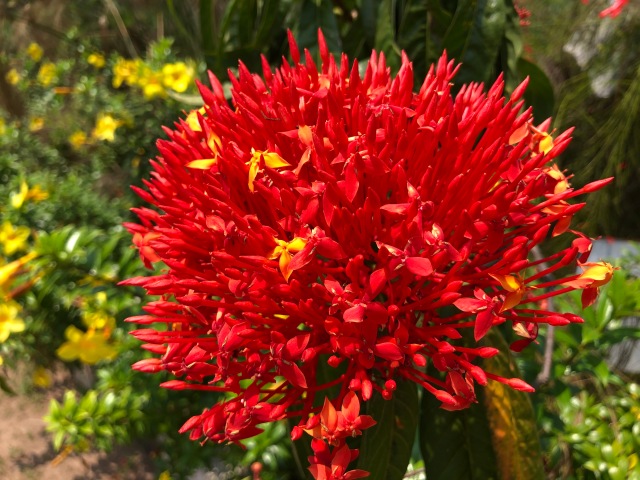 I got told off as I walked off the path to get a better picture…”watch out for the snakes under those leaves, they are poisonous”.  I took heed of this advice and made sure that I stayed on the straight and narrow! 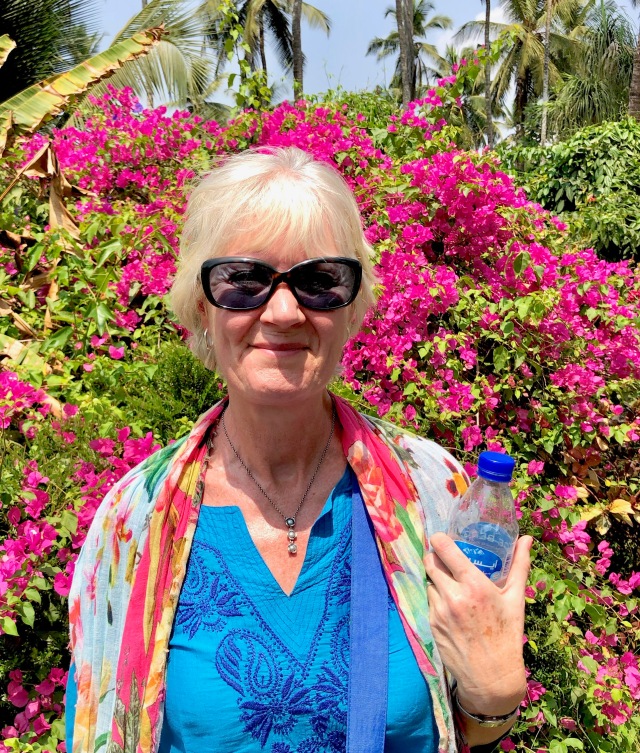 It was lovely to see all the bright colours on the plants this early in the year, we had left the UK in late February and everything at home was a little bit dull and drab!

Did I tell you it was sooooooooo hot!!! This headwear is a little reminiscent of Lawrence of Arabia don’t you think? 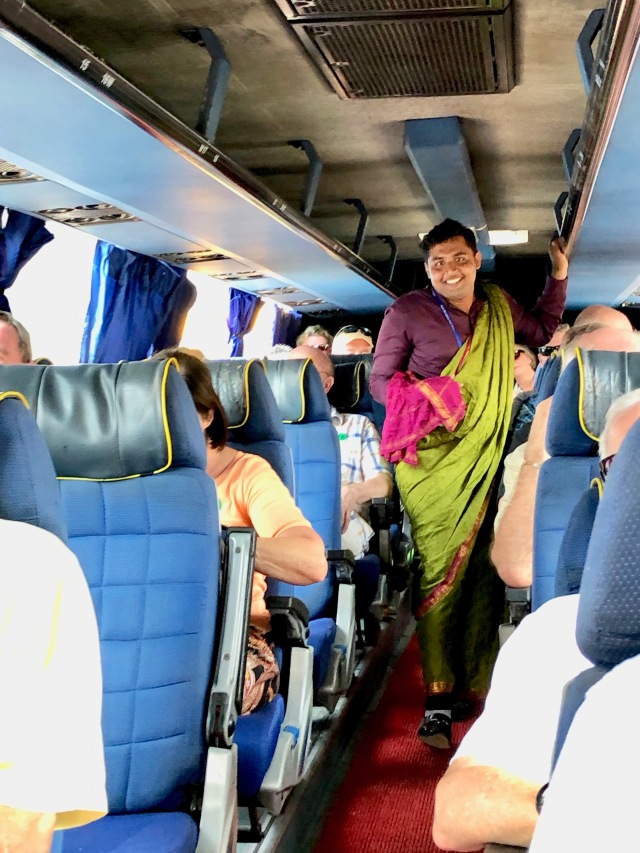 Our tour guide on the coach today was a lot of fun; he showed us how to put on a sari, which must be difficult enough to do at home let alone on a coach travelling at 50mph around windy roads!