Posted on April 21, 2019 by ianandjanesadventurebeforedementia

Goa is a state in western India with coastlines stretching along the Arabian Sea. Its long history as a Portuguese colony prior to 1961 is evident in its preserved 17th-century churches and the area’s tropical spice plantations. Goa is also known for its beaches, ranging from popular stretches at Baga and Palolem to those in laid-back fishing villages such as Agonda. (I might have copied this from wikipedia!) 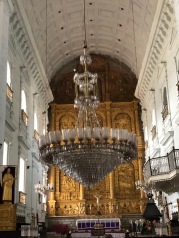 Our trip from the ship today took us to the Basilica of Bom Jesus. The Basilica of Bom Jesus or Borea Jezuchi Bajilika is located in Goa, India, and is part of the Churches and Convents of Goa UNESCO World Heritage Site. The basilica holds the mortal remains of St. Francis Xavier. The church is located in Old Goa, which was the capital of Goa in the early days of Portuguese rule. 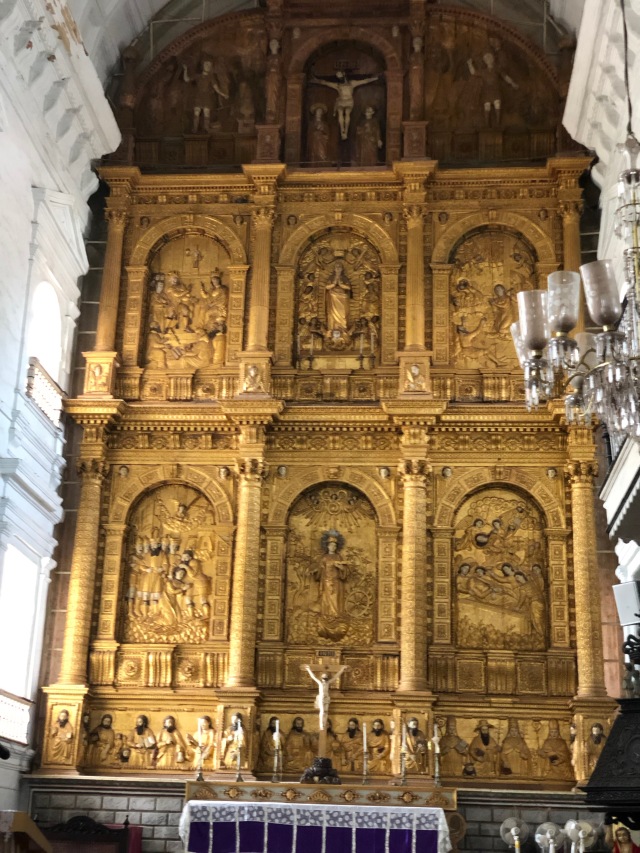 After another exciting drive (all drives in India are exciting!) we arrived in the historical city of  Old Goa, or Velha Goa as it is sometimes referred to.

This far into the holiday we were both getting a little “churched and templed out”.   They were all very beautiful but you can have too much of a good thing!

So the plan for the afternoon was to go to a beach, sit and chill. On the way our coach passed some locals who were drying their rice on the hard shoulder of the motorway! 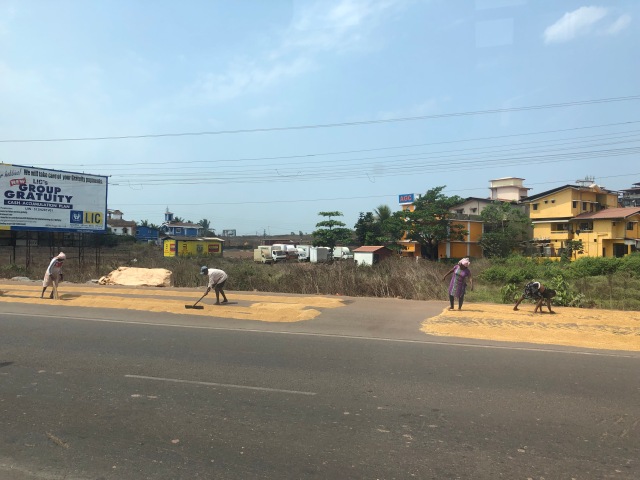 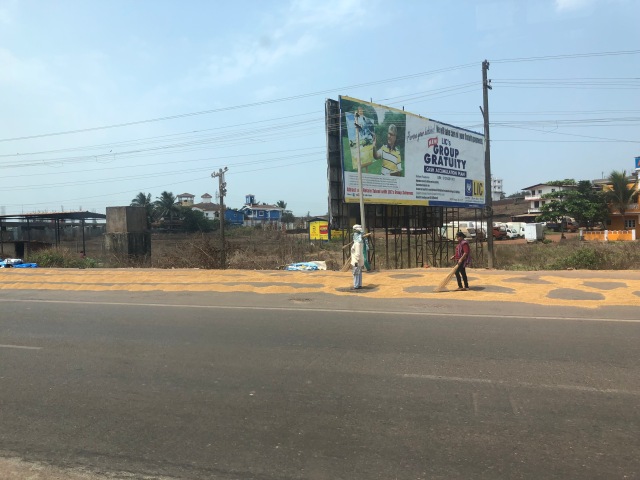 Quite an ingenious use of a major roadway! I hope it gets fully checked before it gets packaged, as I wouldn’t want a bit of tyre in with my dinner to add to the spare tyre I already have! 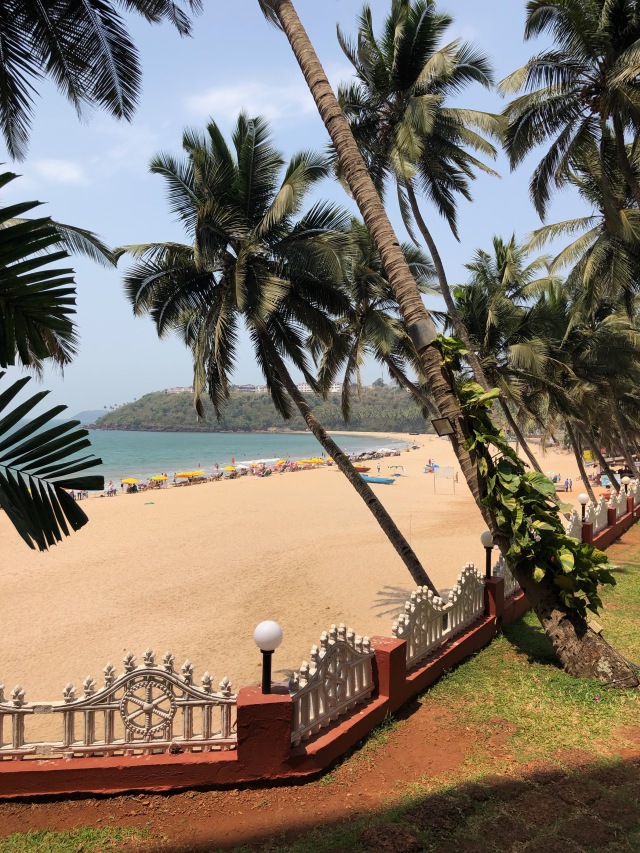 At last the beach! Bogmalo beach to be precise. It was so hot here that it was difficult to walk on the sand, so Jane thought it would be a good idea to visit the Coconut Grove Beach resort and sit in the shade and drink cocktails all afternoon. Well that seemed a fine idea to me, and as they had free WIFI a carefree time was spent in the shade of a tree catching up with our emails and watching the goings-on the beach.

Well to be honest there wasn’t a lot going on just the gentle lapping of the waves on the shore…..

The local dogs knew the best way to spend a hot afternoon!

We did manage a stroll along the road behind the beach to search for a geocache (which was hidden in a bar, so that was handy) and on the way back to the coach this smiley young lady convinced Jane that she needed a few more new tops.  She didn’t need too much persuading………and I have to say they all look lovely!