Back in the Saddle (driving seat) Again!

Posted on July 1, 2019 by ianandjanesadventurebeforedementia 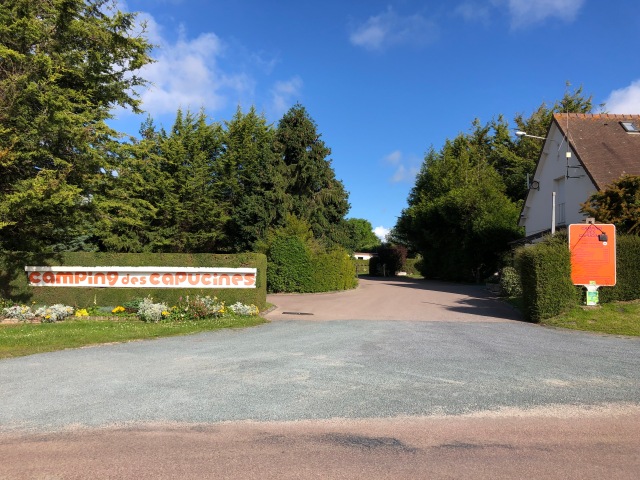 Well it’s been quite a while since I last updated the blog but we are back on the road again so here goes…………..

We are off for a short 3 week break with Kev and Val in France………little did we know of the impending HEATWAVE that we were about to experience, but more of that later!

Our first night was spent at Camping des Capucines which is only a short distance from the port at Ouistreham, and as we arrived at 9.30 pm and I didn’t really fancy driving too far this was an ideal place for a rest, ready for an early start in the morning! 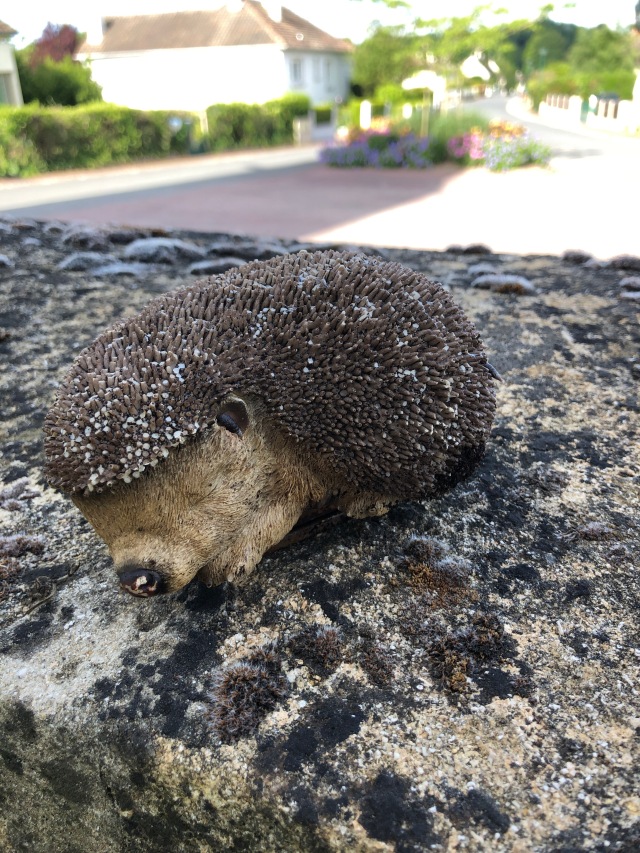 Early the next morning I set off for a short walk to the local boulangerie to get a baguette and  pain au raison for our breakfast.  Whilst out on the walk I took the opportunity to sneak in a quick geocache, this one being hidden in a hedgehog which was itself hidden in a tree in a church yard.  Luckily there weren’t too many people around to see me ferreting around!

After an uneventful drive we arrived safely at our new campsite in Brissac Quince in the Loire region of France.  Not that I’m always thinking of food but this was the little river that I walked beside every morning to get my fresh bread and croissants! 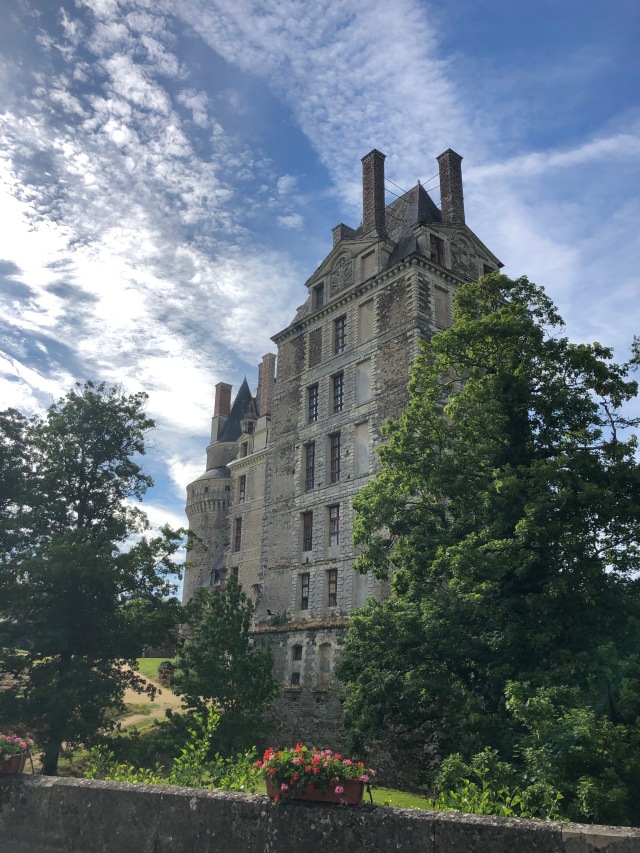 Oh there was a castle there as well…………

I told my sister-in-law Sally that we were going to the Loire and she insisted that we visit the Abbey at Fontevraud because it has so much history……..

It was founded as a monastery by Robert of Arbissel in 1101 and the first permanent structures were built between 1110 and 1119.  We were very lucky to virtually have the place to ourselves and were able to enjoy the peace and tranquillity of the surroundings.

The Abbey is a UNESCO World Heritage Site (I should have made a note of all these that we have visited over the last two and a half years!)

This is the bit that Sally was interested in, the King of England, Henry II, his wife Eleanor of Aquitaine, and son King Richard the Lionheart were all buried here at the end of the 12th century.

It was disestablished as a monastery during the French Revolution.

So much for the history………the food at the local bistro was stunning (if a little small!) – braised ox cheek and frites!

The local Ferrari owners club had turned up to visit the Abbey, I couldn’t make up my mind which one I wanted so in the end I stuck with my Kia!

The next day we set off to see the Chateau at Angers. The temperature was rising and there had been several weather warnings of an impending heatwave in France. An amber alert, the second highest, was given as there was possible danger to life! 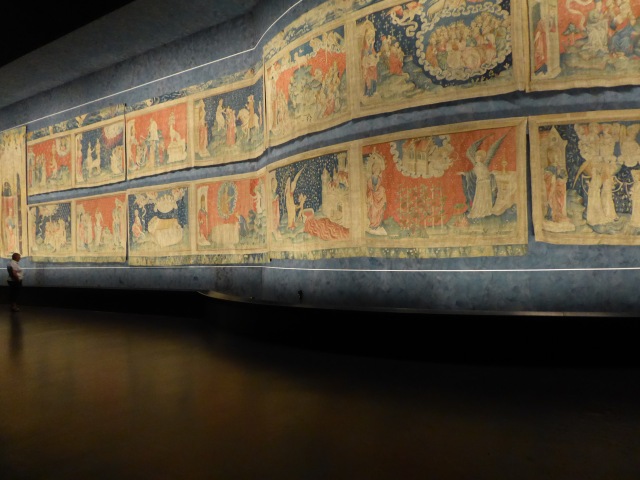 We had heard that this Chateau was the home of the Apocalypse Tapestry and it was housed in air-conditioned luxury, well luxury for us! The tapestry was produced between 1377 and 1382 and depicts the story of the Apocalypse from the Book of Revelation by Saint John the Devine in colourful images, spread over a number of sections that originally totalled 90 scenes. It is the oldest French medieval tapestry to have survived. And we got to see all this in the lovely cool!

There was a great view over Angers from the top of the castle, but it was too hot to wander around the city so we had a picnic in the local park in the shade of the trees, and then back to the campsite for a well-earned swim!

Back at the campsite,  right next to Kev and Val’s pitch, this blue tit was encouraging its baby to fly the nest. K&V had already seen two other fledglings take their first flights and I managed to get this shot of the last one having its preflight meal!

7 Responses to Back in the Saddle (driving seat) Again!