Posted on October 20, 2018 by ianandjanesadventurebeforedementia 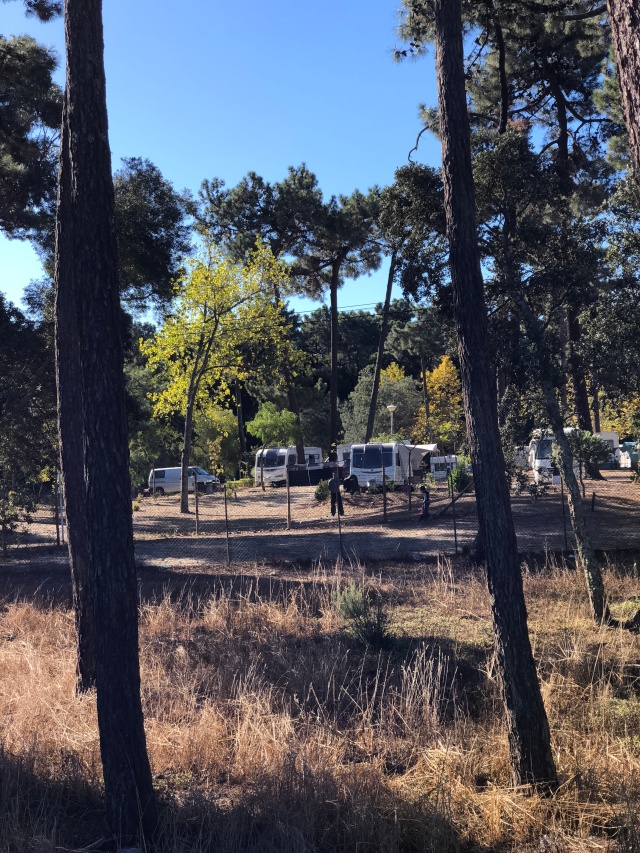 I mentioned in an earlier blog that K&V’s car had broken down and that they would join us in Porto as soon as it was fixed.  Well, this breakdown was turning out to be a lot  more of a problem than was originally thought.  A new turbo was now required, and that  would take at least a week to get the parts in and for the mechanics to fix it. So we thought we would head back up to the Spanish/Portuguese border to the little town of Caminha and join them to wait until we could all continue our journey again together.

It was then that we had a malfunction of our own, I don’t know what Jane had eaten for tea the previous night, but in the morning it seemed she had managed to break the loo!  Well I say Jane broke the toilet because I feel that it has a little bit more of a comical dramatic effect to say that, but suffice it to say the bog was broken! It always seems that these things happen when you are  miles away from someone that can fix them……….which means that I am going to have to try and fix it myself…………when I say fix it myself, what I really mean is that I am going to have to get my friendly engineer Kev to give me a lot of advice!

The first bit of technical advice that was handed out was that if he was going to get involved then everything was going to have to be thoroughly cleaned………which I thought would have been Jane’s department…………but apparently I was going  to have to have second thoughts on that! Oh well, I did however get my own back and used Jane’s toothbrush to clean the innermost  movements (not those ones!) of the cassette!

And then just to add to the joy of the occasion it started to rain……….I could start to get e”motion”al at times like these, it was a real crappy way to spend an afternoon!

Once everything was clean it was time to call in our precision engineer to do the detailed work, and as it was still pouring down outside, and to Janes delight, the only place for a craftsman to work in the dry was our kitchen!

It worked……..flushed with success we posed for a picture……….. Jane says it looks like a still from the film Twins with Arnie Swartzeneger  and Danny Devito!  She might be right….and not for the first time…….so she says!